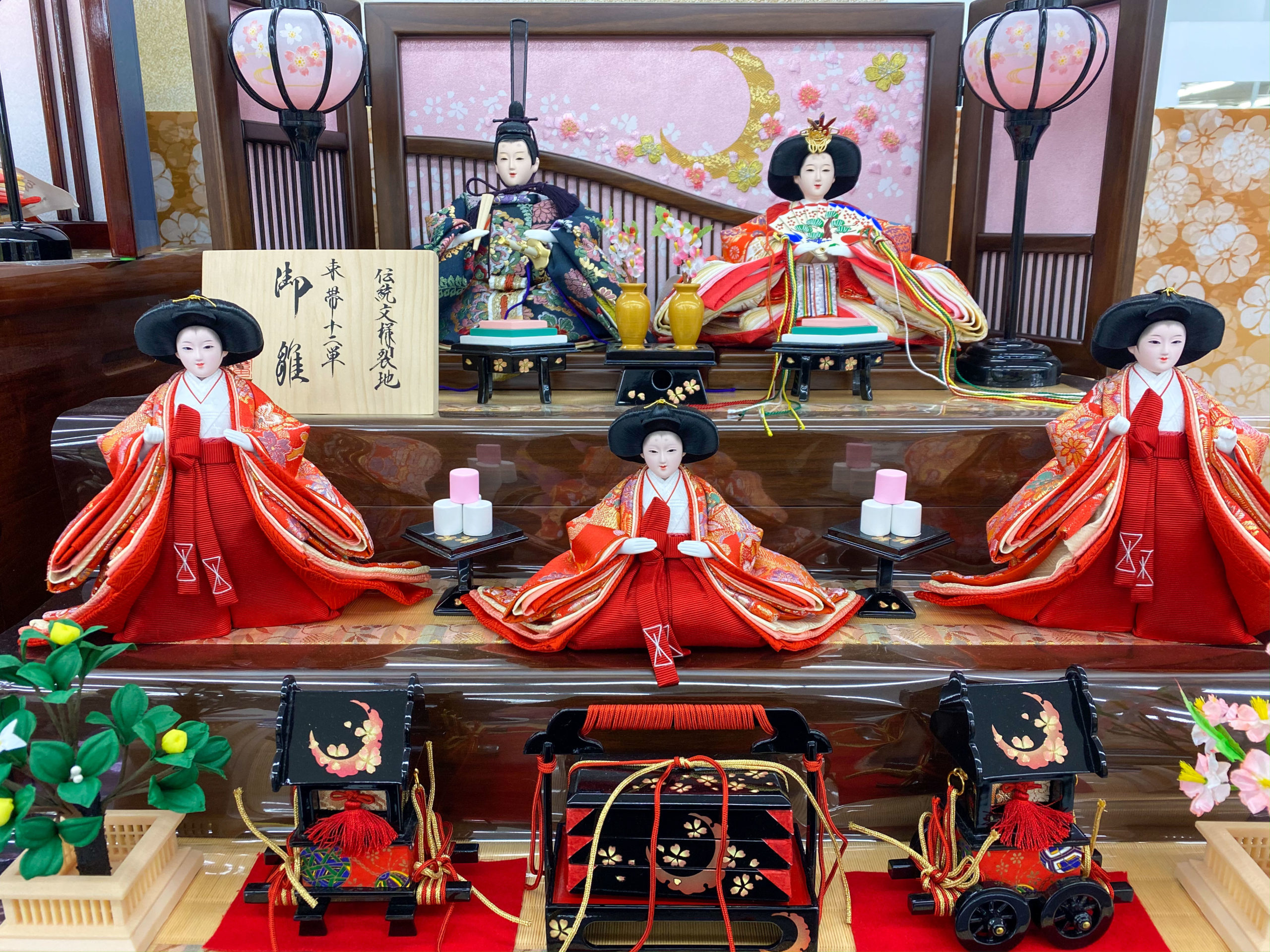 In February 2019, my husband and I found out that we were going to have a baby girl. I remember feeling especially excited because around that time of year there were many beautiful decorations and displays for Hinamatsuri. I knew of the tradition but having a daughter meant that I would soon be able to celebrate it with her for years to come. As this year is my daughter’s first Hinamatsuri, I thought I would share a bit about its background and how she celebrated the event.

Hinamatsuri (雛祭り), or Girls/Dolls Festival, is a yearly celebration on March 3rd for girls in Japan. It’s also known as 桃の節句 (momo no seku) or Peach Festival as it’s held during peach blossom season. 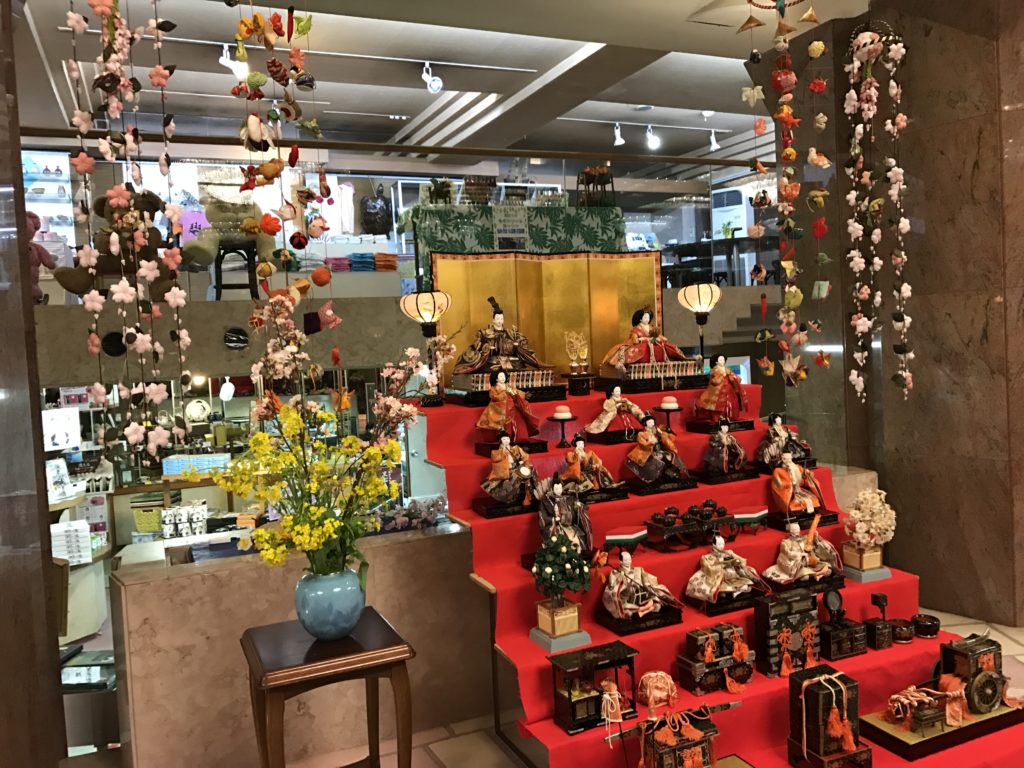 From around February onwards, Hina dolls (雛人形 or hina ningyo) are displayed throughout Japan and in the homes of families with daughters to bless them with health and happiness by absorbing bad luck. These traditional dolls are of a noble couple and more elaborate sets include members of the court, ladies-in-waiting, and servants. The dolls can be quite costly, ranging from a few ten-thousand yen to several hundred–thousand (!), and are typically bought by grandparents or passed down to the eldest daughter by her mother. 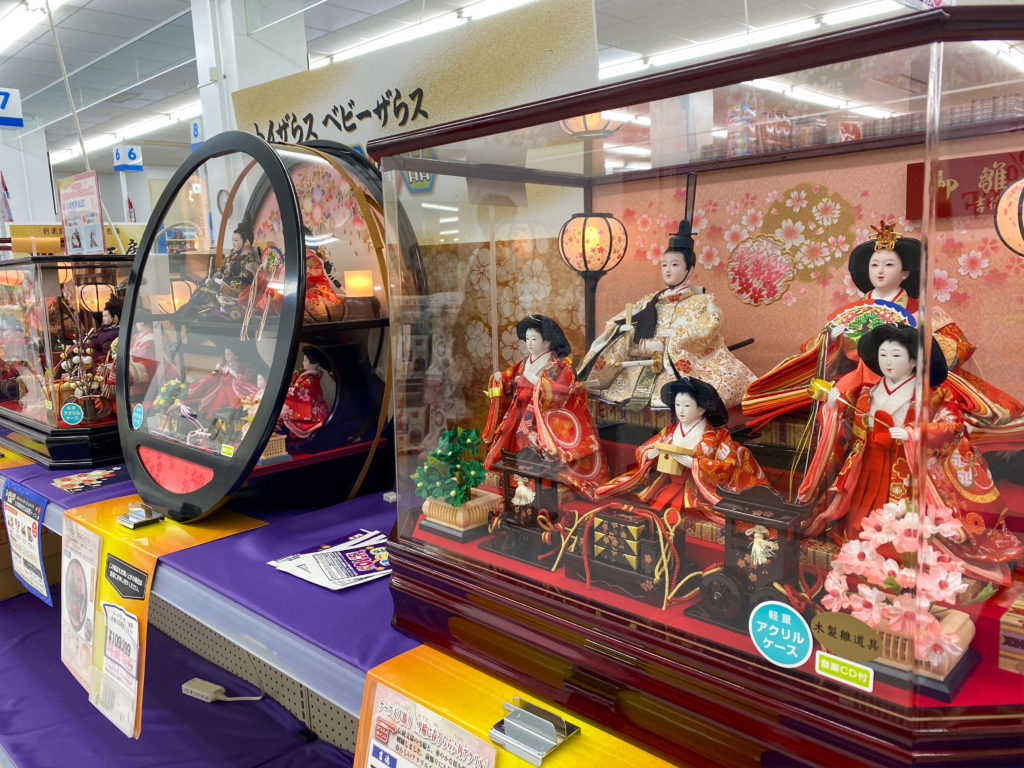 Hina dolls for sale at Babies R Us

You might also hear a traditional Japanese song being played in stores and hotels around the end of February/beginning of March. This Japanese children’s song is called うれしいひなまつり (Happy Hinamatsuri) and was originally released in 1936, so it’s relatively modern in comparison to when Hinamatsuri itself first began.

The origin of Hinamatsuri is difficult to pinpoint exactly as it is a combination of different traditions throughout Japanese history. One belief is that its beginnings in Japan can be traced all the way back to the Nara period (710 to 794) when people would cast paper dolls into the river on March 3rd, an auspicious day, in order to dispel bad luck and ward off malevolent spirits. Hina dolls in the Heian period (794 to 1185) that followed, however, were not associated with bad luck and instead, the daughters of nobles would play with Hina dolls that were much simpler than the ones we see now, which was called “ひな遊び (Hina asobi). Throughout the years, these two customs merged, and modern-day Hinamatsuri originated sometime during the Edo period (1603 to 1868). The dolls became smaller, more elaborate, and were displayed in the house, rather than played with or placed into the river, in order to protect daughters by taking in any bad luck that may harm them.

Hinamatsuri Dolls: Put Away Without Delay

It is essential that Hina dolls are put away soon after March 3rd; otherwise, as superstition has it, it will take longer for the daughter (or daughters) to get married. There’s a really cute animated movie that touches on this called Mirai no Mirai (未来のミライ) where a young boy tries his best to put away his baby sister’s dolls because their father forgot.

When exactly to put away the dolls, though, varies in Japan according to region and families. Some families put it away the next day, others wait two weeks and some keep the dolls displayed for the entire month of March. It’s also important not to start displaying the dolls the day before Hinamatsuri as that’s considered bad luck. Displaying the dolls right after New Year’s Day is best.

Where to Get Hina Dolls

You can buy Hina dolls from most major stores for children in Japan, department stores, or online, such as Rakuten or Amazon Japan.

Some families also display a small flag with their child’s name embroidered on it.

What to Eat on Hinamatsuri

There are several traditional dishes that families eat to celebrate Hinamatsuri:

Although it’s not traditional, many cake shops also sell special, colorful cakes for Hinamatsuri that are usually decorated with edible Hina dolls. 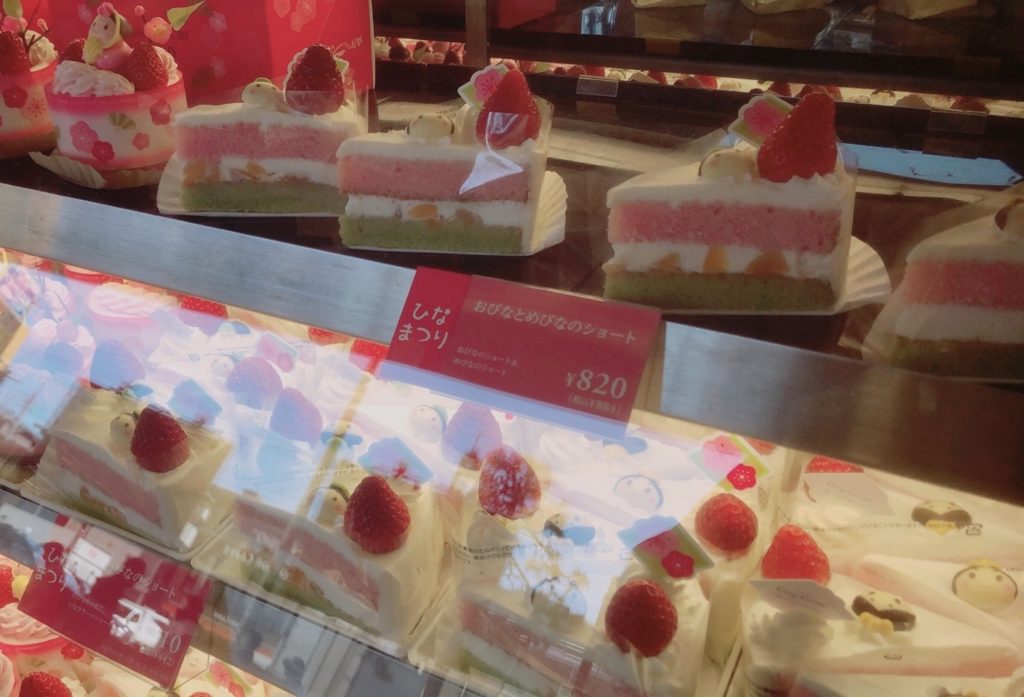 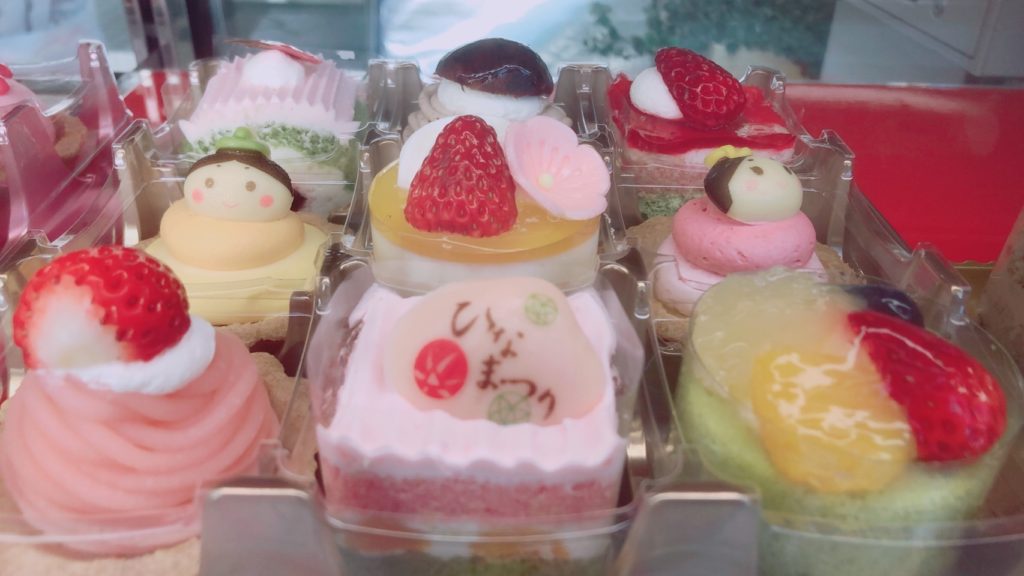 When we went to visit my husband’s family during New Years’, my mother-in-law gifted Baby A with a beautiful set of Hina dolls that were made by my husband’s great-aunt over four decades ago. I feel very grateful that Baby A has such a lovely family heirloom that she can pass down if she chooses to have children. 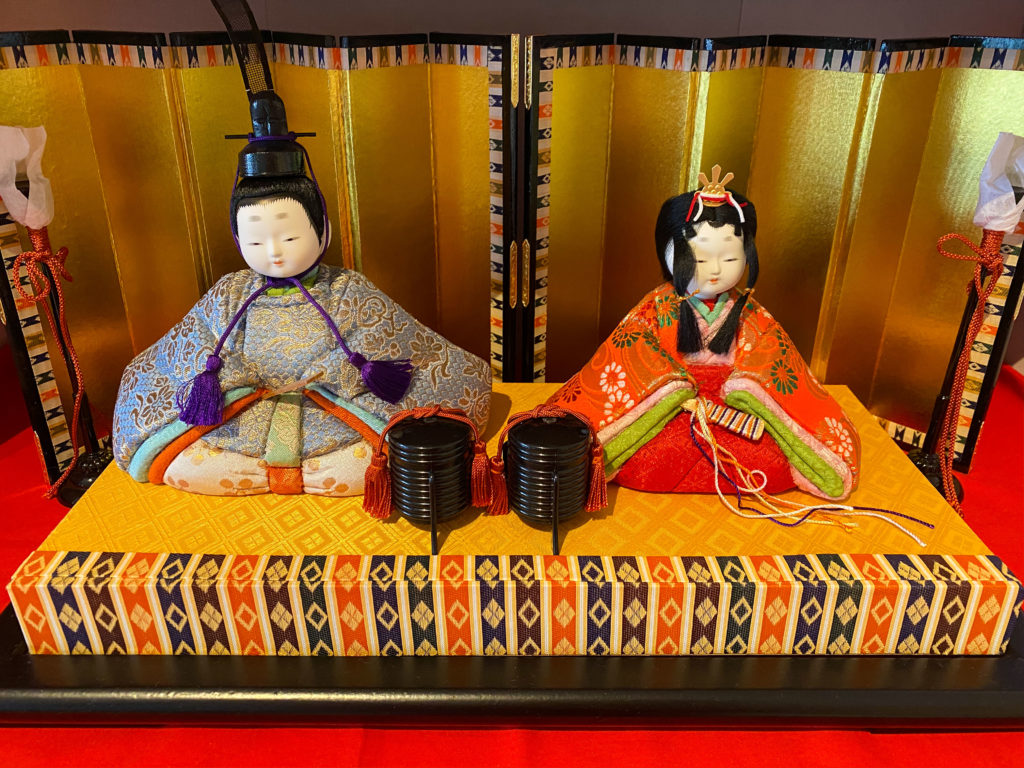 My mother-in-law also suggested that we celebrate Hinamatsuri early while we were in Hiroshima, as this would be Baby A’s first and they wouldn’t be able to come to Tokyo in March. My mother-in-law decided to keep it simple with homemade chirashizushi topped with egg, lotus root and shrimp, and an adorable store-bought cake. (As we were celebrating it quite early, we had to settle for something a little more simple than the usual Hinamatsuri cakes that are sold in shops at the beginning of March). The writing on the cake says 初節句（はつせっく), which means “first Hinamatsuri”. We took some photos and Baby A received a monetary gift from her grandparents as this was her first Hinamatsuri. It was a small and laid-back celebration that I look forward to doing with my daughter every year. 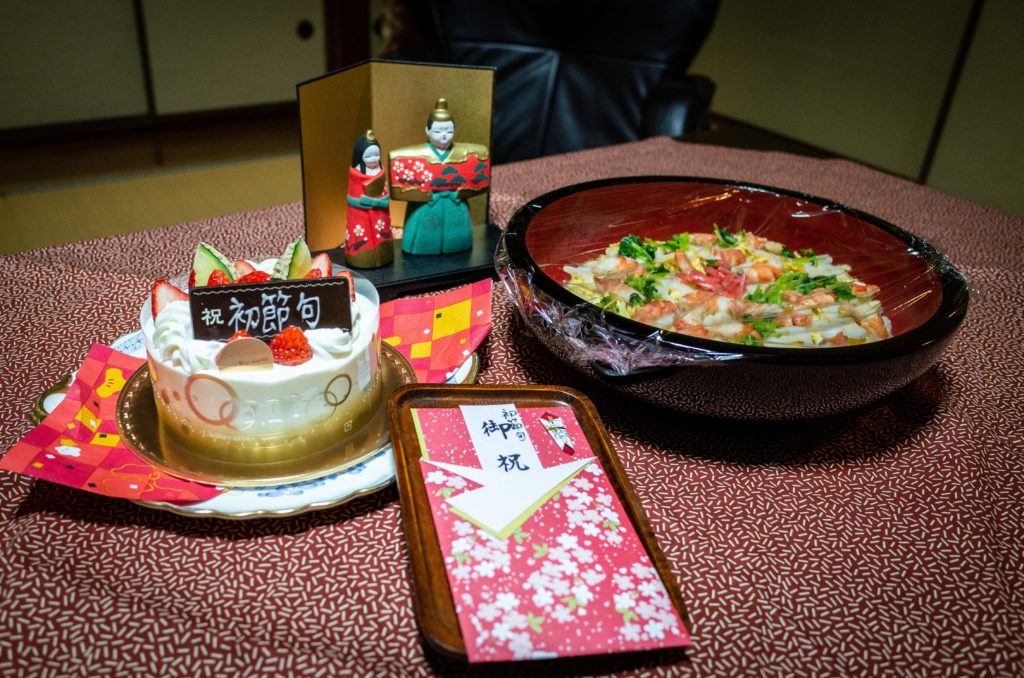 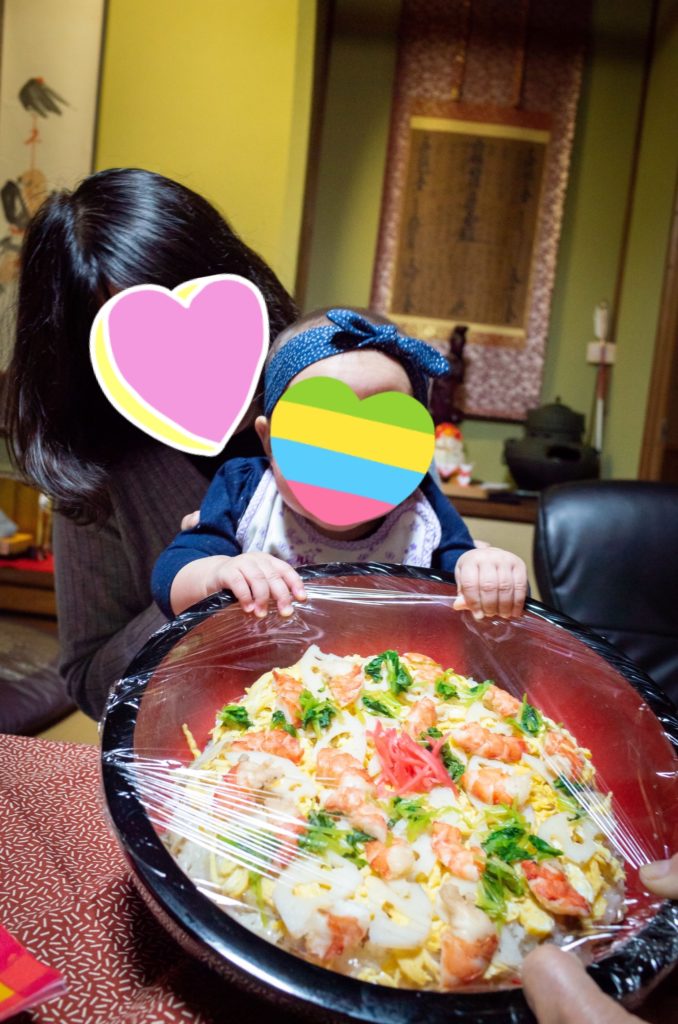 Baby A trying to take all the chirashizushi for herself. After all, it was her day!

Interested in learning about other traditions in Japan for children? Then check out these articles! 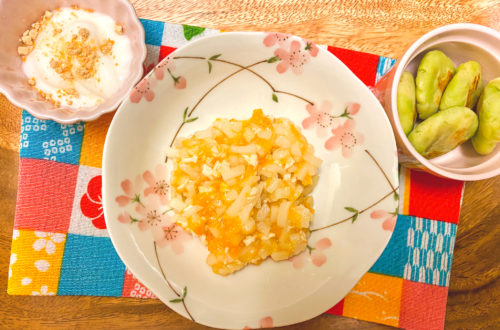 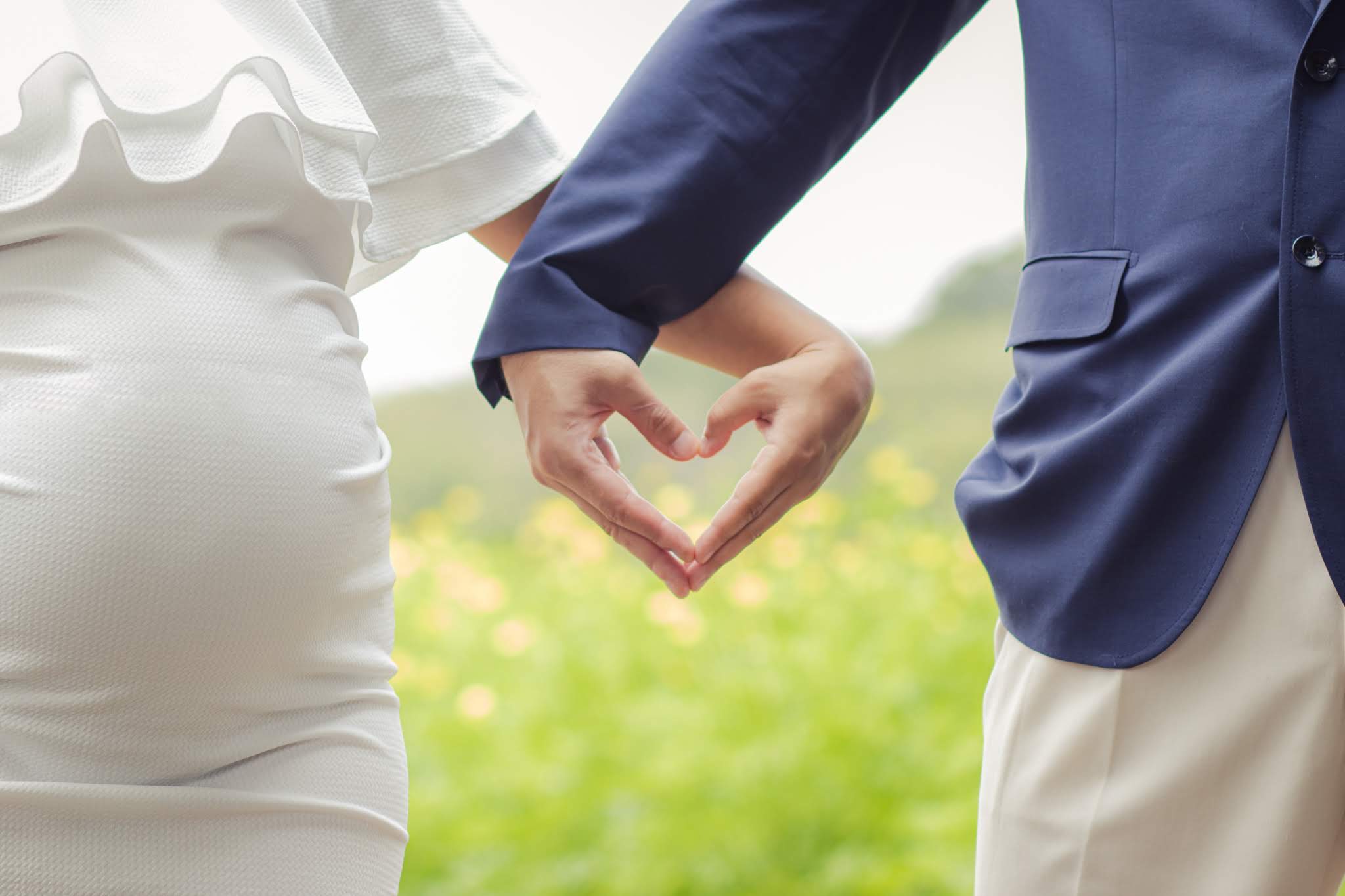 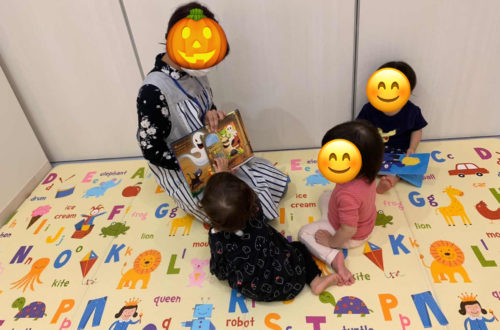 Sankanbi (Parents’ Day) at a Daycare in Japan