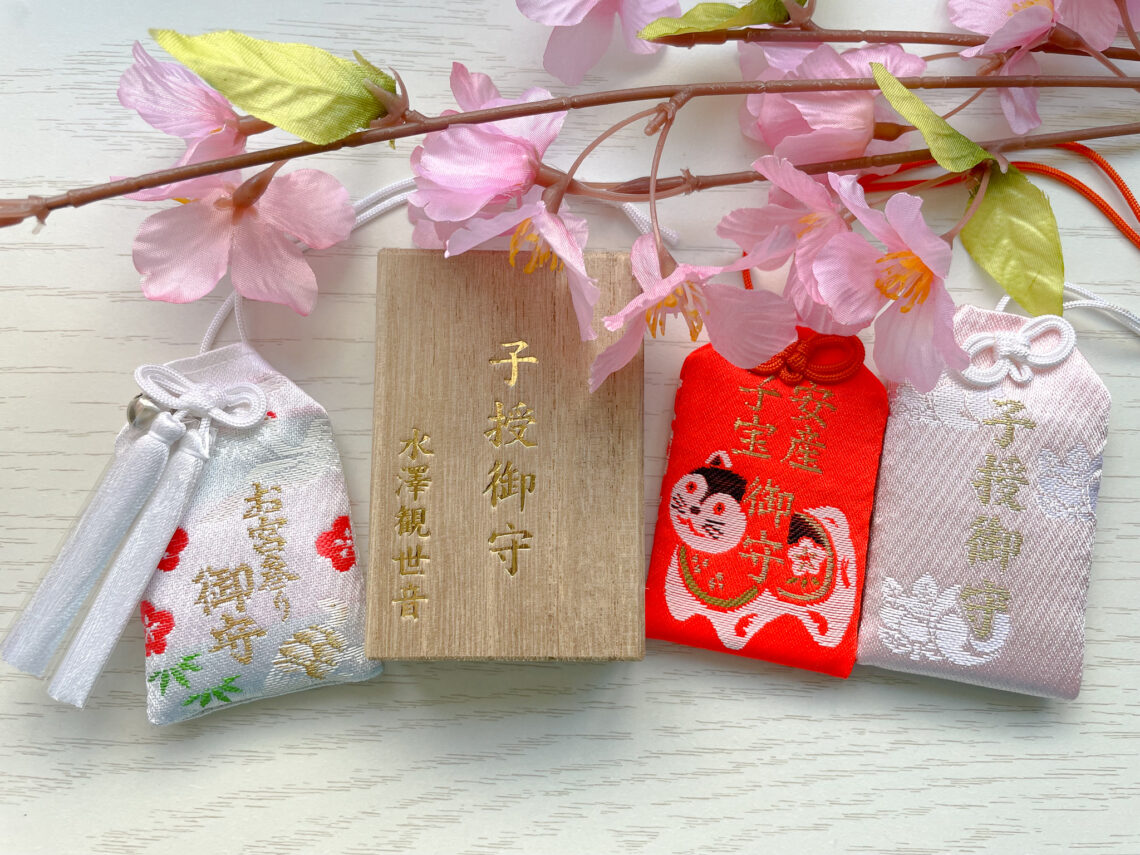 If you visit a shrine or temple in Japan, you will likely see some colorful and tiny pouch-like items for sale. These are amulets called omamori (お守り), which contain the blessings of priests and are believed to offer protection and ward off bad luck. In fact, the kanji in omamori (守) means “protection”. There are various kinds of omamori, such as ones to help pass an exam, find love, find financial success, or recover from an illness, so it might be no surprise that there are also omamori for successfully conceiving, as well as ones for a healthy pregnancy and safe delivery. 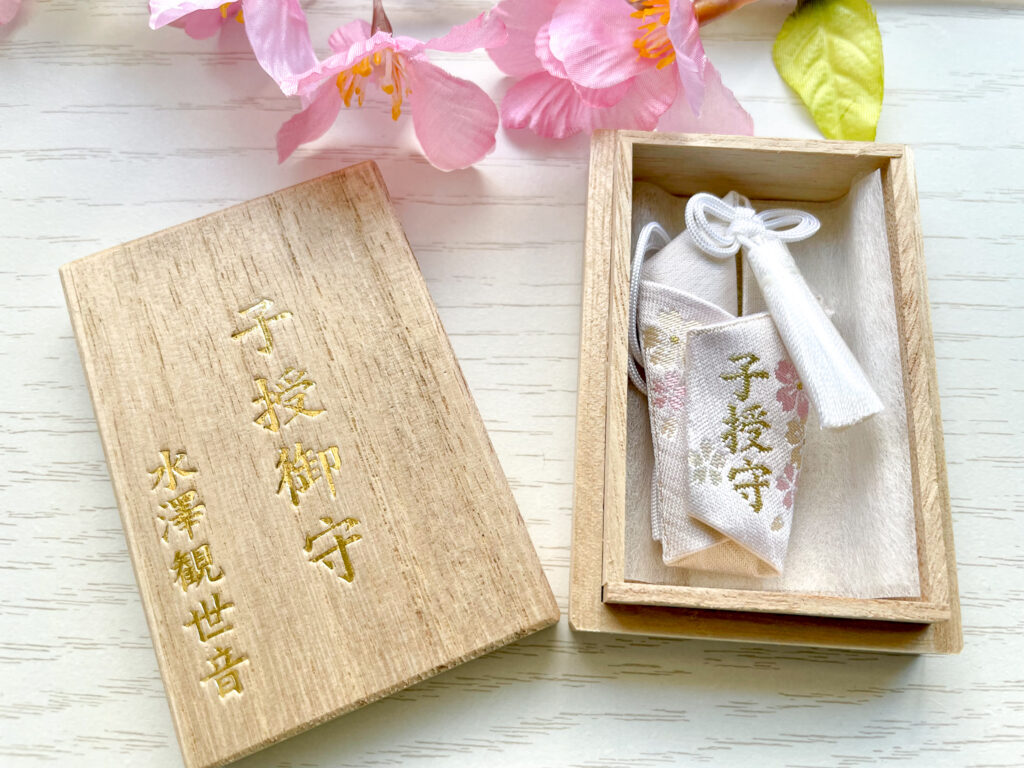 If you are hoping to have a child in the future, you may want to get a 子授け (kosazuke) omamori. These are believed to bless you so that you may successfully conceive a child.

At some shrines and temples, such as Suitengu Shrine (水天宮) in Tokyo and Nakayamadera (中山寺)  in Hyogo Prefecture, you can pay a fee to have the priest pray for you (or your partner) to become pregnant. You can also apply for this prayer (子授け祈祷・kosazuke kito) through the mail, so you don’t have to go directly to the temple. The priest will do the prayer for you and then the temple or shrine’s 子授守 (omamori for conceiving) and other special and blessed items such as ofuda (talisman) will be mailed to your home.

Nanasha (七社神社) in Tokyo’s Kita-ku is quite interesting as this shrine houses different statues that are supposed to bless you in various ways. For instance, they have a statue of a mother dog with two puppies. Rubbing the head of the puppy on the left will bless you with a daughter, while rubbing the head of the one on the right will bless you with a son. There’s also a tree that has a protruding “belly”, making it appear as if it’s pregnant. It’s said that rubbing the “belly” of the tree will bring luck to those who want to successfully conceive and help them have an easy delivery. Alongside omamori for trying to conceive (TTC), you can also purchase special amulets (which look very similar to temporary tattoos) to stick on your belly and/or your partner’s! 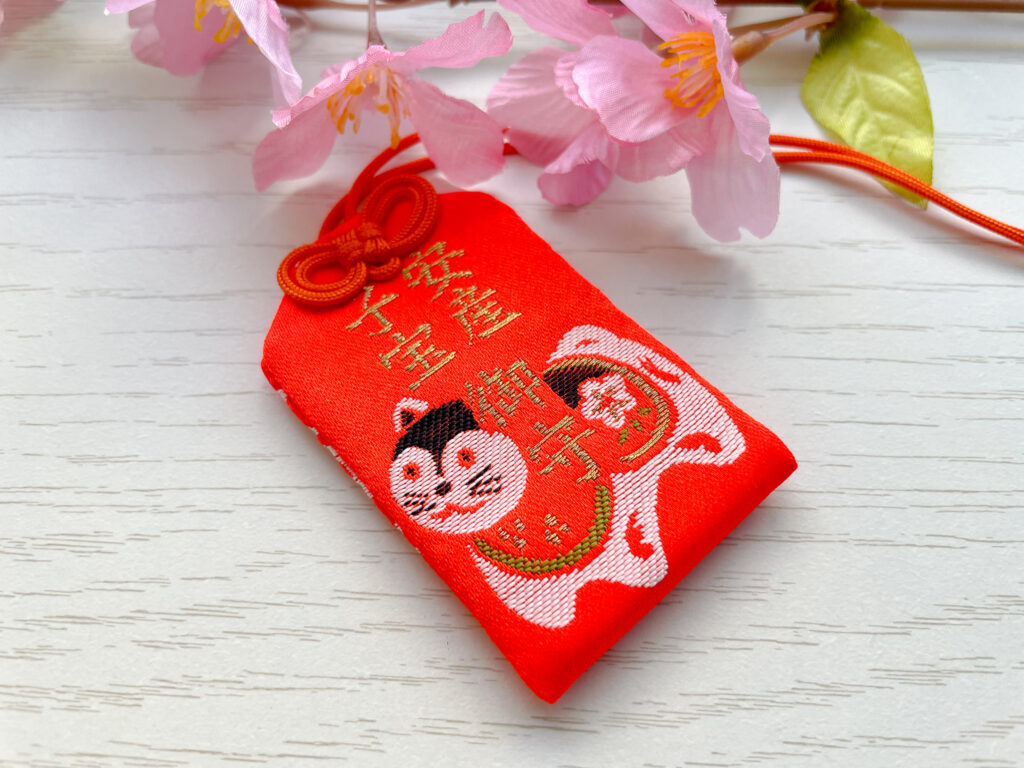 Anzan (安産) omamori are intended to protect expectant mothers and their unborn child, and ensure a safe and easy delivery. According to ベビーカレンダー, 92.3% of the 868 women they surveyed in 2018 had anzan omamori, and 66.3% had more than one. A little over half of them received it from someone while the other half bought it on their own.

There are several shrines in Japan that are specifically dedicated to childbirth (子宝神社). In Tokyo, the best place to go is Suitengu Shrine (水天宮). This shrine has a statue of a mother dog and her puppy, called kodakara inu, which is surrounded by the 12 zodiac signs. It is believed that rubbing the head of your zodiac sign’s statue will help you have a safe delivery.

Other shrines and temples in Tokyo include:

And that’s only a fraction of the temples and shrines where you can get these special omamori!

For a more comprehensive list of shrines throughout Japan where you can get omamori for successfully conceiving and safe delivery, check out this site (in Japanese language only). I’ve also made a Google map with all the shrines on the website, as well as the temples I mentioned earlier, so you can easily check what’s nearby. 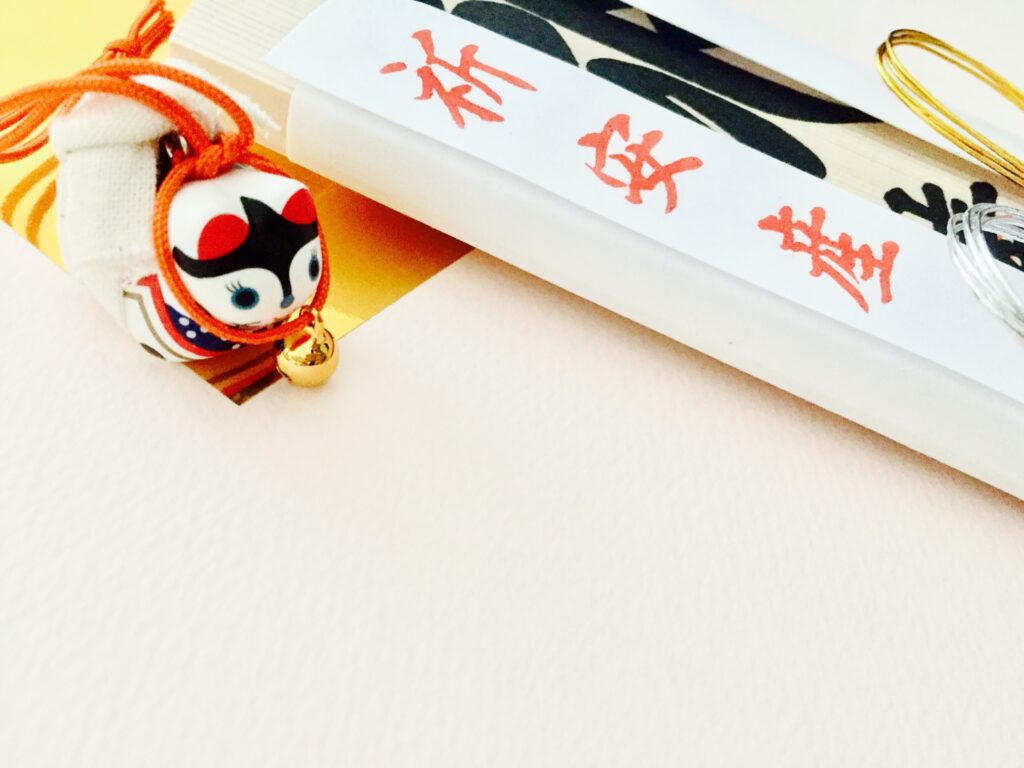 One of the most popular times to buy omamori is on Inu no Hi  (戌の日 or Day of the Dog) when a woman reaches her fifth month of pregnancy. This day occurs once every 12 days (click here to find out the Inu no Hi days for 2021). It’s believed that dogs are a symbol for giving birth easily and safely as they give birth to multiple puppies at the same time.

On Inu no Hi, the priest will pray for the safe and healthy delivery of your baby and also give you various items to bless your pregnancy. These items can differ depending on the shrine, but an anzan omamori is always included. You need to pay a fee for the prayer and the items, and the cost also varies depending on the shrine/temple but is generally around 3000-5000 yen. Also, not all temples and shrines conduct prayers for Inu no Hi, so it’s best to visit either one of the famous shrines mentioned earlier or ask your local shrine.

As there are select temples and shrines that have prayers for Inu no Hi, it tends to be quite crowded, especially at very popular locations. Therefore, you may need to wait a long time to receive your Inu no Hi package with blessed items inside (especially if you go on a weekend). If you don’t want to go, which is completely understandable given the pandemic, it’s perfectly acceptable for someone else to go on your behalf. My mother-in-law went for me to Jodoji in Hiroshima. She received the following items from the temple, which she mailed to me:

You might be wondering what to do with omamori? Some people hang it on their bags or place it somewhere in their home but there are no hard rules other than to not put omamori somewhere dirty. I displayed mine on a shelf until my daughter was born and now I keep them in a small box as a memento. It’s recommended that 子授け・ kosazuke omamori are placed on a Buddhist altar in your home (if you have one), somewhere you look at frequently (like a shelf), or under your pillow. 安産・anzan (safe delivery) omamori should be kept in your boshi kenkou techo (Mother and Child Health Handbook).

This brings up the question of what to do with omamori after you successfully conceive and your child is born? Traditionally, omamori are returned to the shrine or temple after they have served their purpose. There, the omamori will be burned along with others. Customarily, omamori are also returned after one year in order to ward off bad luck from the previous year, although it’s recommended that 子授け・kosazuke (TTC) omamori are returned to the shrine where it’s from on Inu no Hi. I kept all of my omamori, though, and so far I haven’t had any bad luck. (Knock on wood.)

Note that you should never open omamori, which contains a prayer inside, or else its protective powers will be gone.

If you’re visiting Japan and are hoping to conceive in the future or expecting, getting one of these special omamori is a wonderful memento that will hopefully bring you luck. It’s also a great present for someone who is expecting. In fact, my sister-in-law quickly bought me one from a local shrine after I shared my pregnancy with my husband’s family. 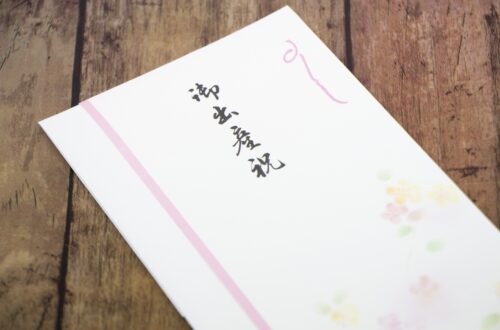 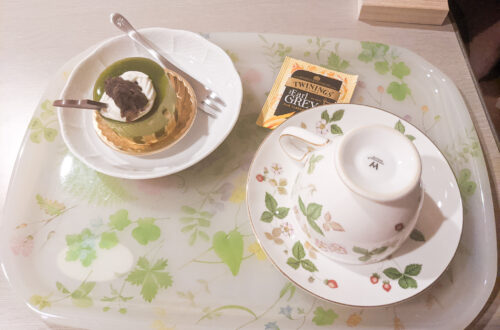 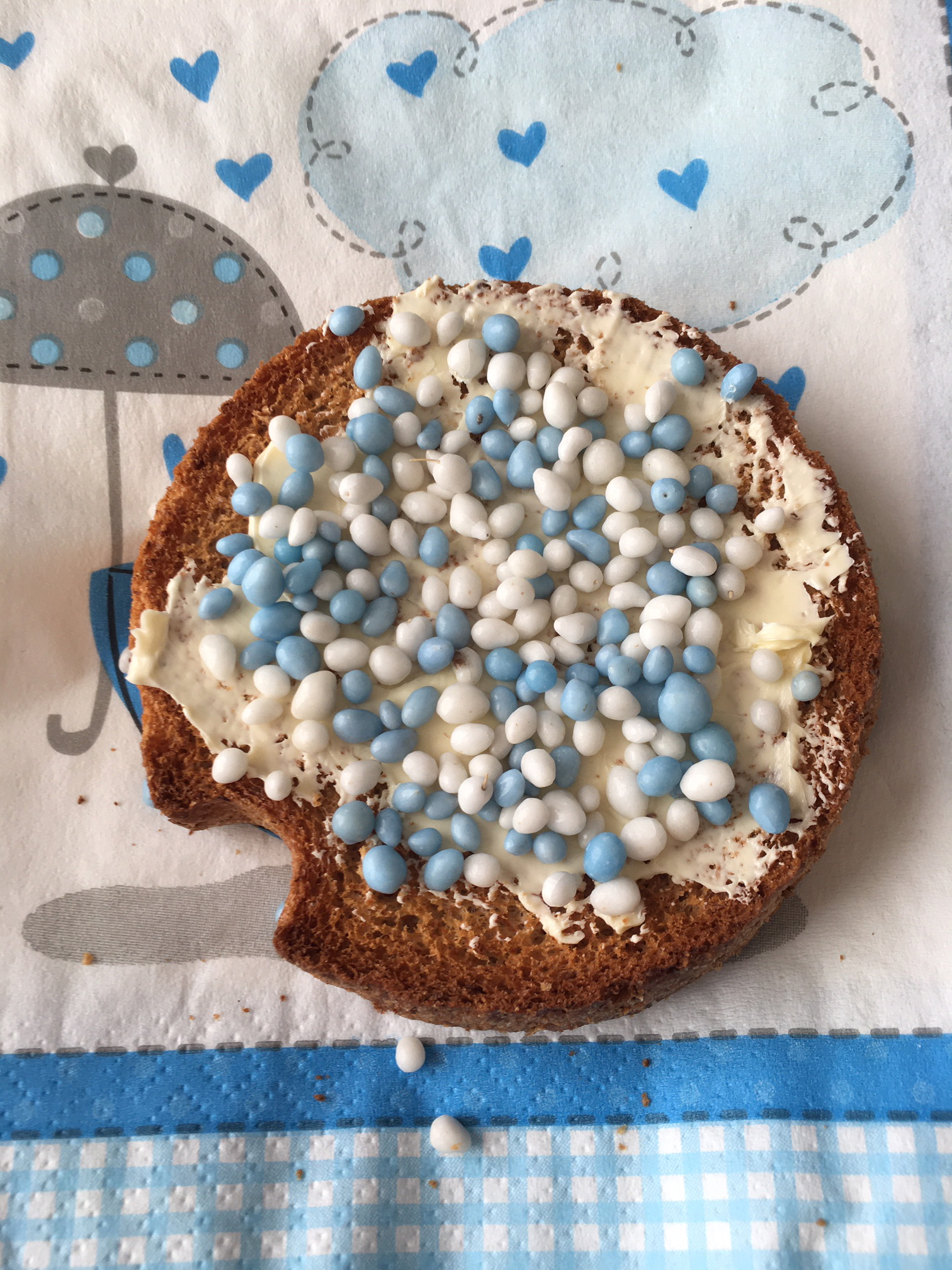