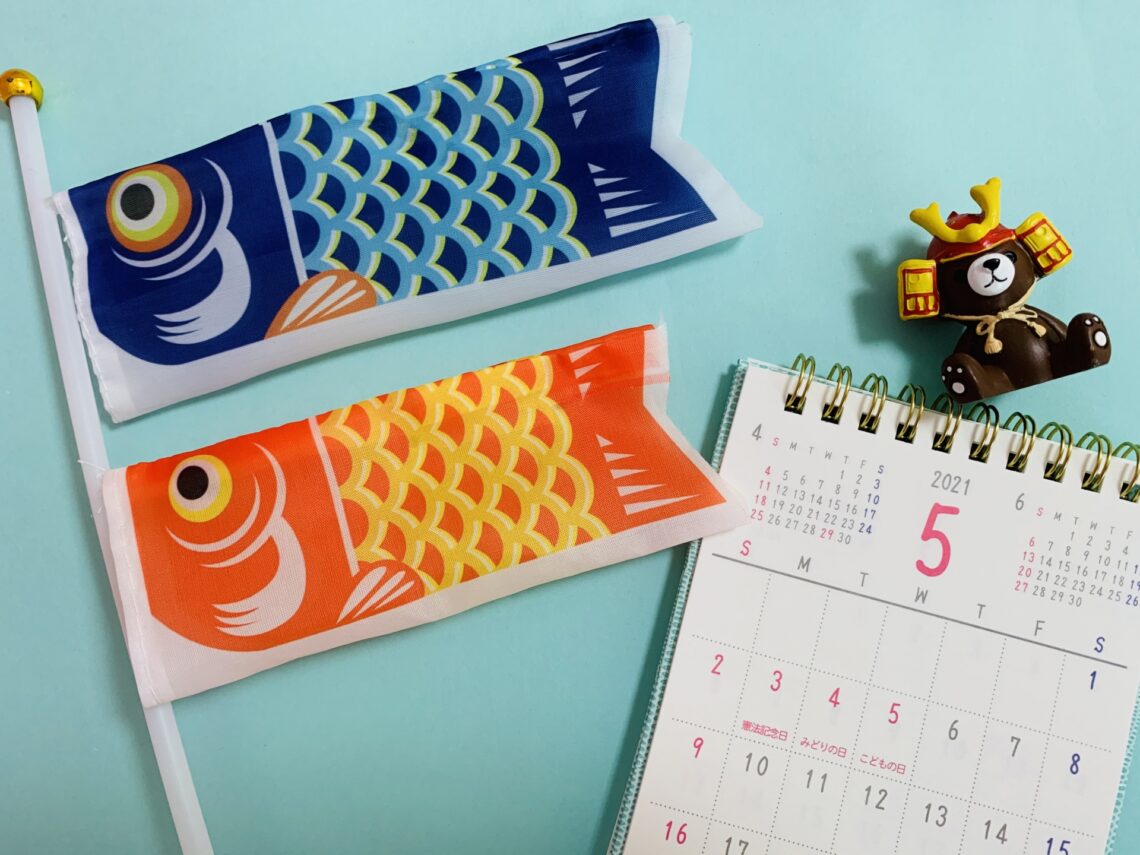 Every year on May 5th, Japan wraps up its Golden Week holidays with Kodomo no Hi (こどもの日) or Children’s Day. As this Japanese holiday celebrates children, I thought I would share a bit about its origins and how it is celebrated.

May 5th in Japan is a traditional day called 端午の節句（tango no sekku). Tango no sekku has origins in China and is also known as Boys’ Day as it celebrates the happiness and growth of boys. (You can think of Hinamatsuri as its counterpart for girls.) In 1948, the government added a national holiday to the same day as tango no sekku called Kodomo no Hi, which celebrates not only all children but also thank mothers as well for everything that they do. However, although the name is officially Children’s Day, people in Japan still tend to celebrate their little boys on this day.

How to Celebrate Kodomo no Hi (Children’s Day) 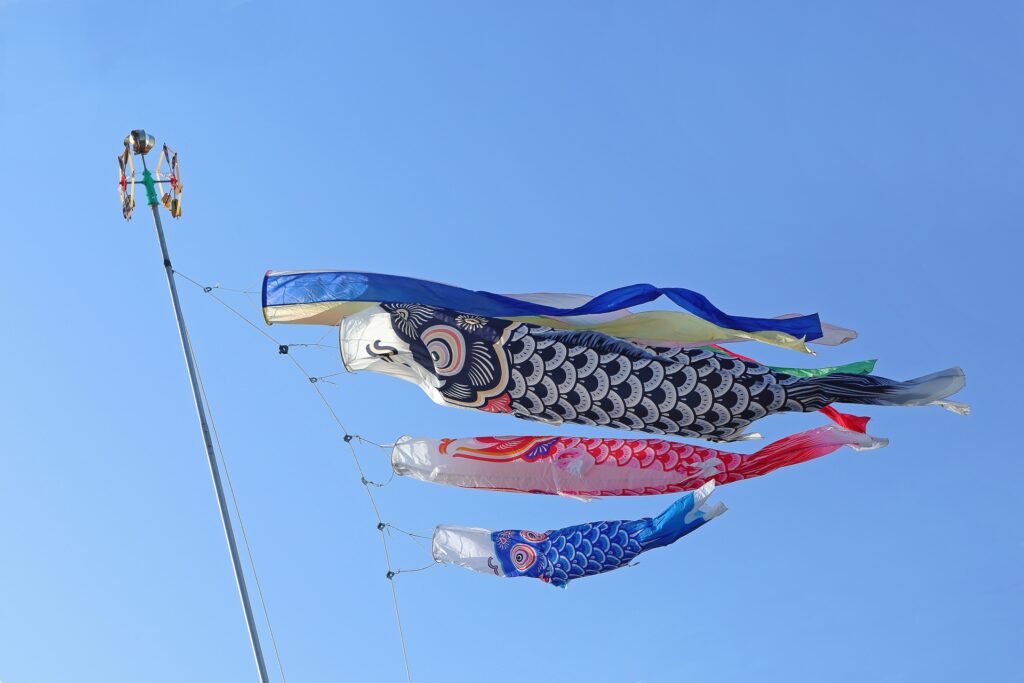 From around mid-April, families in Japan that have sons hang colorful carp flags called 鯉のぼり (koinobori) outside their homes in the hopes that their children will be successful, strong, and healthy. This idea for this tradition came from China where it was believed that strong and healthy carp that successfully make their way upstream will be reincarnated as dragons. This is why families hang carp flags outside as when the wind blows, the carp flags ripple through the air as if they are swimming and trying to go upstream in order to become a dragon.

The carp flags typically come in three colors: black (真鯉 ・magoi), red (緋鯉・higoi), and blue (子鯉・kogoi). The black carp is the largest and symbolizes the father in a family, followed by the red (the mother), and then the smallest carp, which is blue and traditionally represents the son. More carp windsocks can be added if there are more children in the family. A pinwheel or colorful windsock usually adorns the very top. This tradition began in the Edo period and there are variations across Japan when it comes to the carp streamer. For instance, —-

If you’re interested in getting koinobori, Amazon Japan has got you covered.

If you don’t have space outside to hang streamers or are worried about the possibility that the streamer will fall (especially if you live in a high-rise apartment), you can also get this adorable indoor decoration that won’t take up any valuable space or fall on any innocent bystanders. 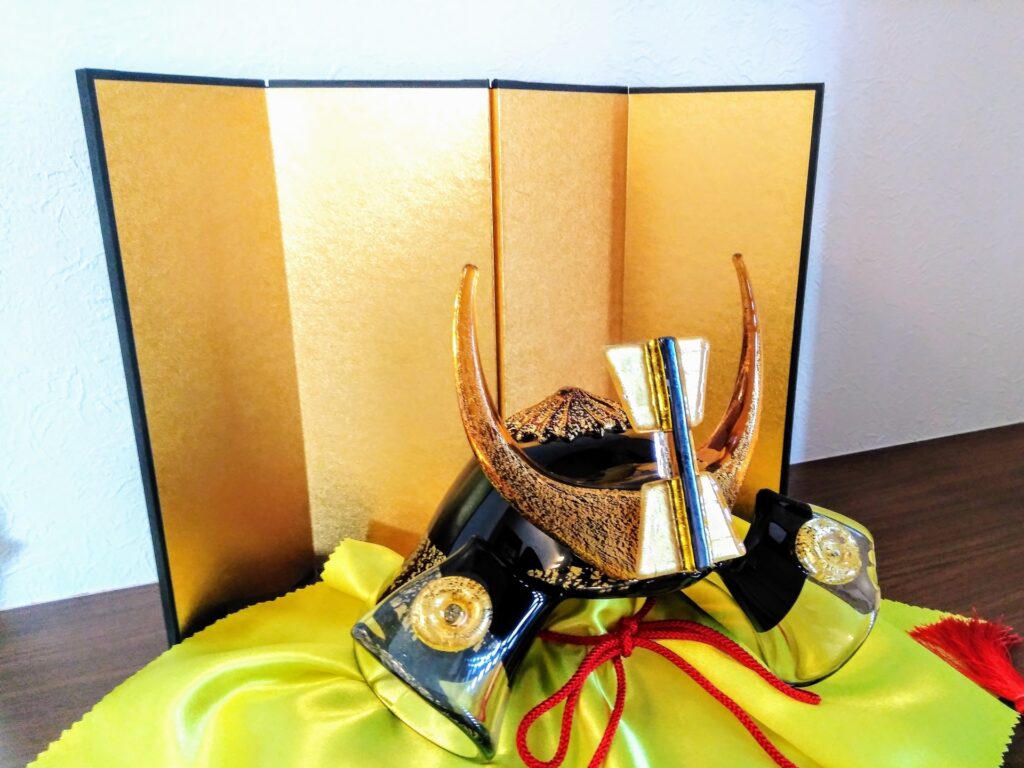 Parents of boys also display traditional Japanese samurai armor called yoroi (鎧) or helmets called kabuto (兜). As armor and helmets are used for protection, they symbolize protection from natural disasters and the child growing up healthy and strong. Similar to Hina dolls, these can be quite pricey.

If you want to display something and both space and budget are concerns, Amazon Japan has this very affordable and cute two-in-one decoration that has both the carp and kabuto!

Alongside the yoroi or kabuto, some families also display a small flag with their child’s name embroidered on it.

If you’re looking for something fun to do with your child on Kodomo no Hi, how about making some origami kabuto?

Take a Bath in Iris Leaves 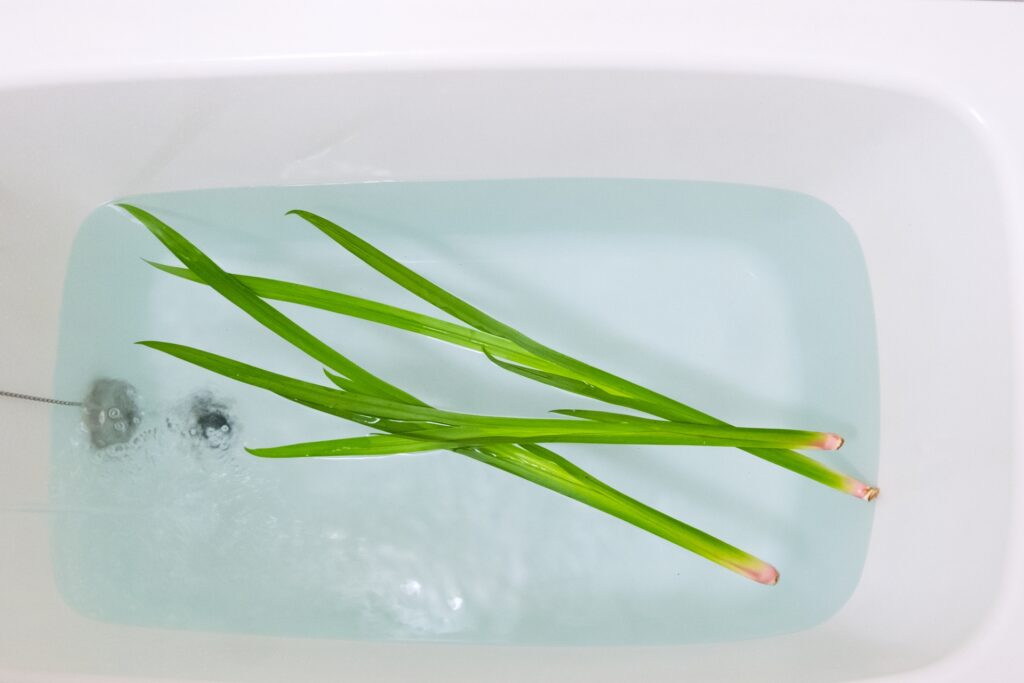 Traditionally, people also take a bath with iris leaves on Kodomo no Hi, which is called shobuyu (菖蒲湯). This custom was adopted from China in that the iris was used to ward off bad luck. Taking a bath in iris leaves is also believed to help keep one healthy during Japan’s sweltering summer.

What to Eat on Kodomo no Hi (Children’s Day)

Traditional foods to eat on Kodomo no Hi are ちまき (chimaki) and 柏餅 (kashiwa mochi). 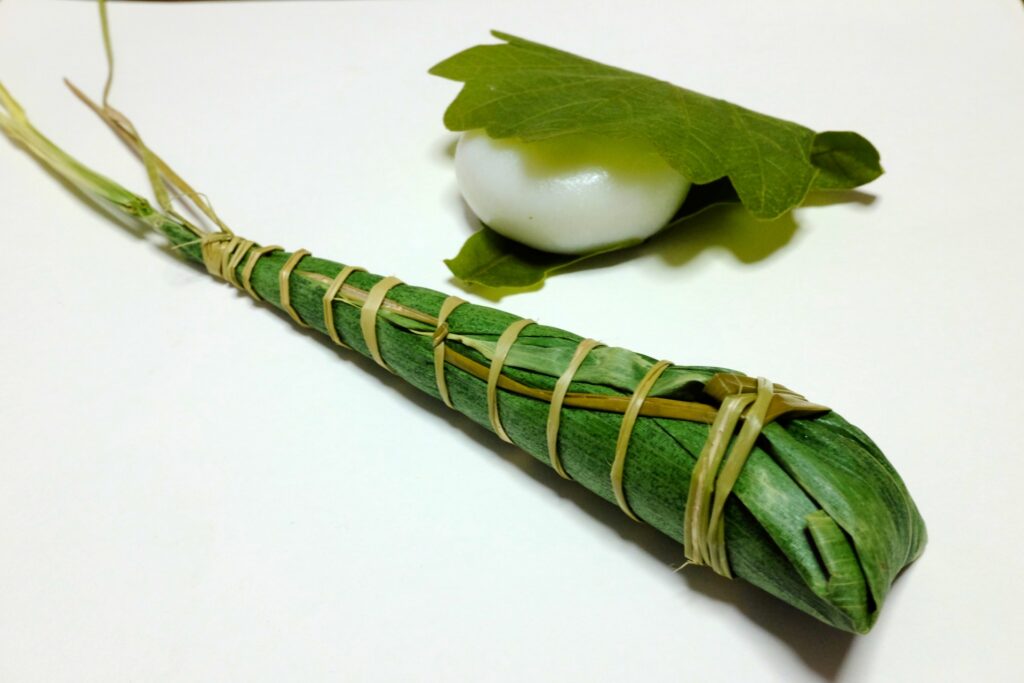 Chimaki is a sticky and savory rice cake that is wrapped in a bamboo leaf and then steamed. People eat chimaki in order to ward off bad luck and illness.

Kashiwa mochi is a fluffy rice cake filled with bean paste and wrapped in a leaf from a Kashiwa oak tree. Kashiwa oak is believed to symbolize fertility and continuous descendants in a family as its leaves do not fall until new ones grow.

Note that as chimaki and kashiwa mochi contain glutinous rice, it’s not safe to give young children as it is a choking hazard. 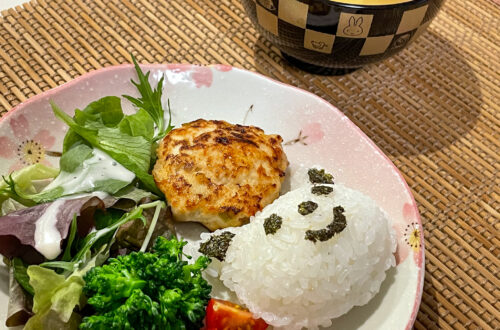 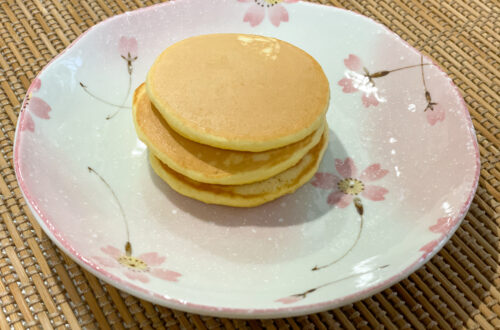 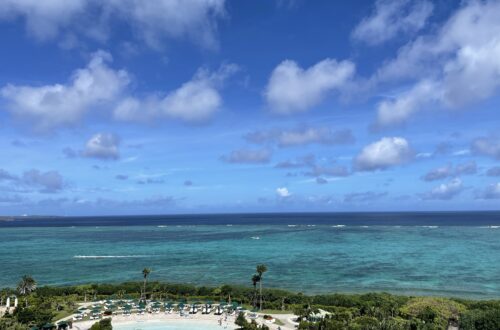