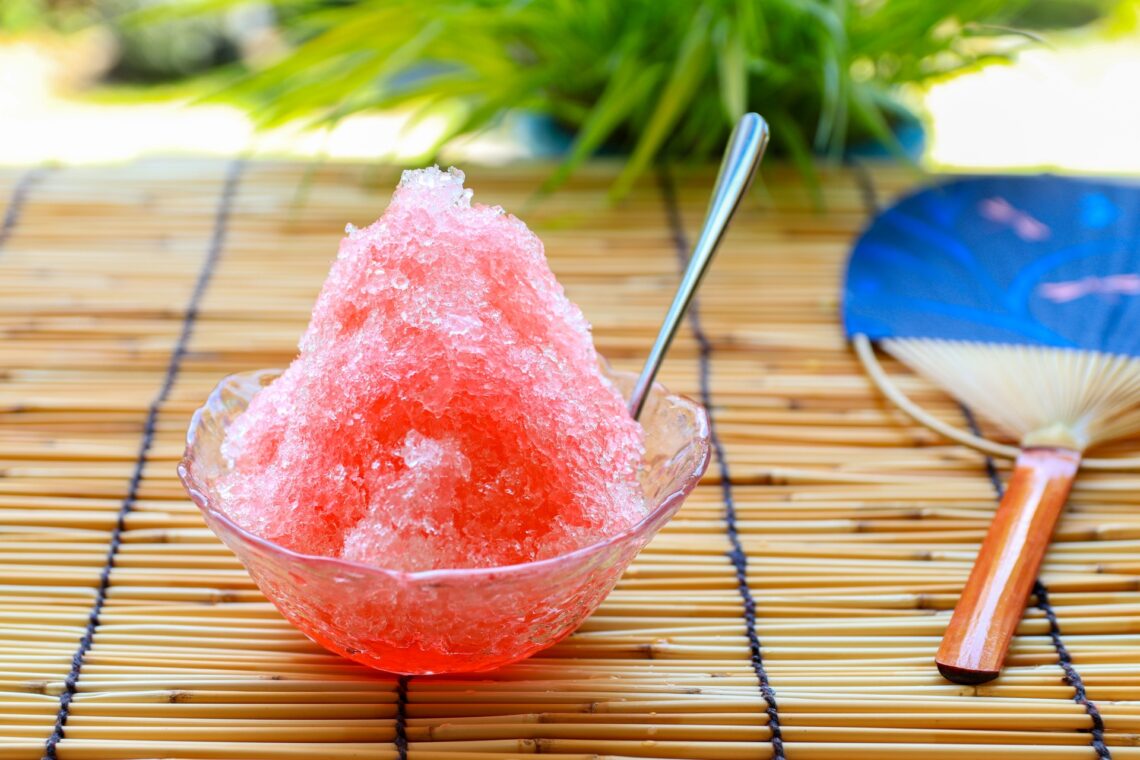 Natsumatsuri (夏祭り) means “Summer Festival” and is one of the best parts of summer in Japan. People wear beautiful yukata and jinbei, play games, eat sweets like kakigori and chocobanana, and munch on delicious snacks (fried squid, anyone?). Major Natsumatsuri end with fireworks, such as the Sumida River Fireworks Festival in Tokyo.

Unfortunately, due to COVID-19, Natsumatsuri have been mostly canceled throughout Japan for the past two summers. It was something I was really looking forward to experiencing with my daughter, especially as a major one is held within walking distance of my home. However, I was lucky enough to be able to experience a mini-Natsumatsuri at my daughter’s daycare last year (when she was one) and again just last week (when she was two). 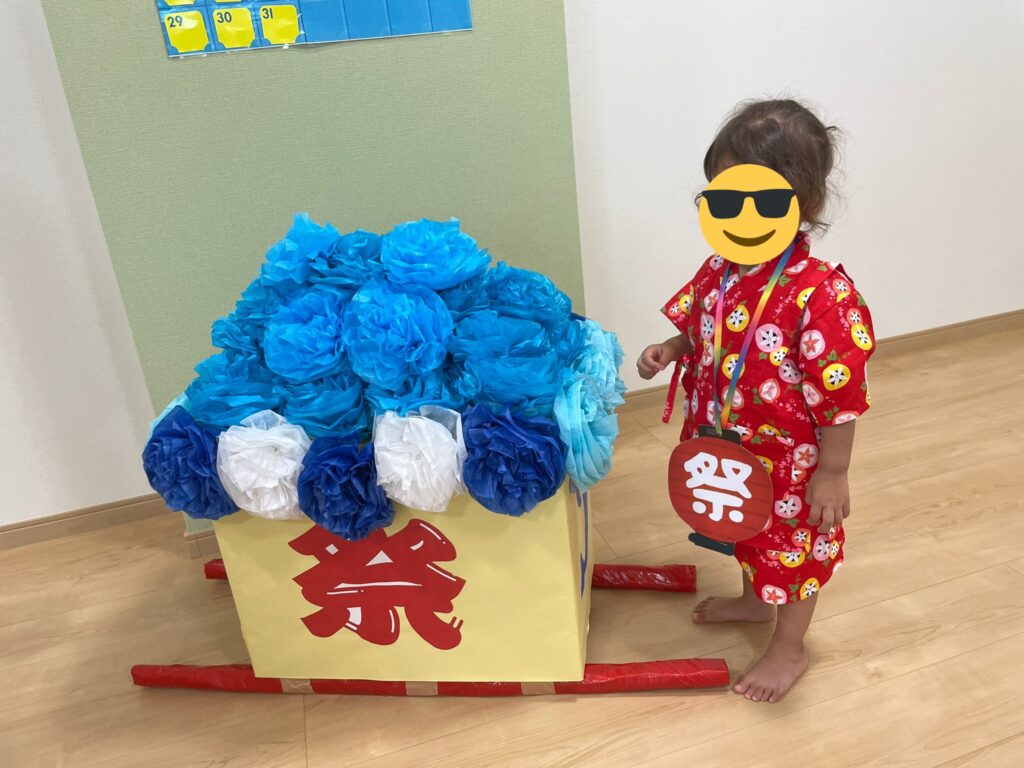 The Natsumatsuri held by her daycare gave me the idea to write about how to bring the spirit of Japanese summer festivals home to you and your little one, wherever you may be.

Music is one of the key elements of Natsumatsuri. You’ll know right away if there’s a summer festival being held nearby from the upbeat sound of drums, fue (bamboo flutes), and shamisen. Having music like the one below playing in the background will definitely set the perfect atmosphere for your Natsumatsuri.

What would a Natsumatsuri be without the games? Children in Japan love playing games at summer festivals to try to win prizes, and luckily, you can recreate many of these games at home as well! At my daughter’s daycare’s Natsumatsuri, they also had a small handmade card that she wore around her neck. Each time she completed a game, she would receive a sticker. 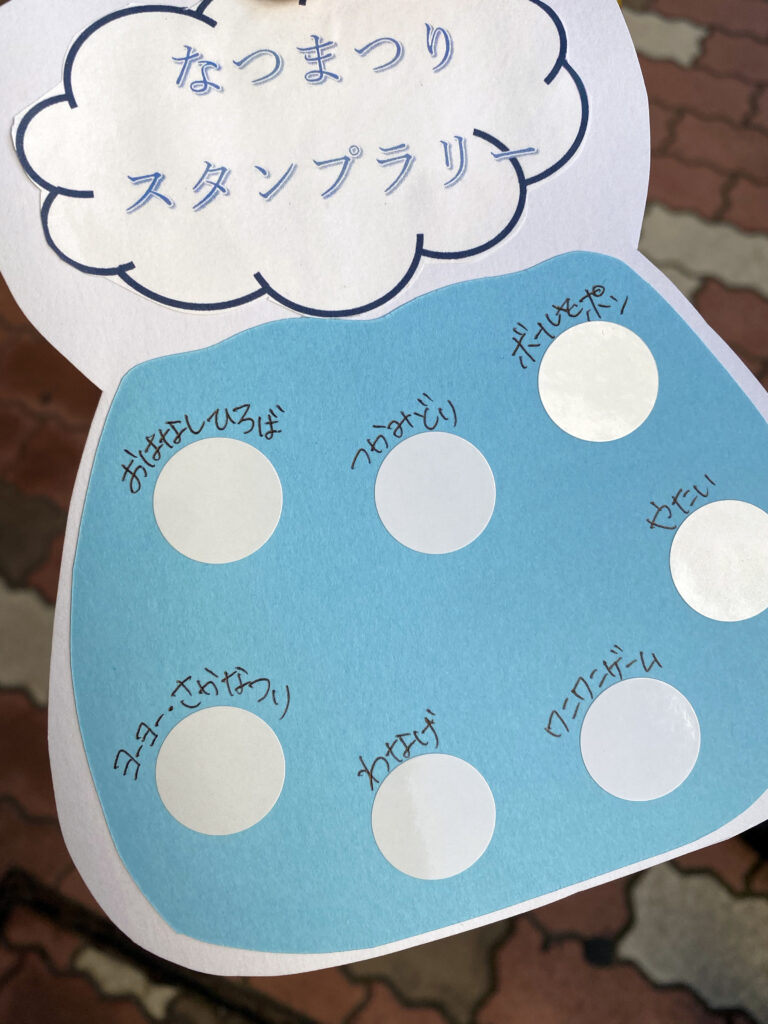 It’s likely you already have everything you need for this game at home! 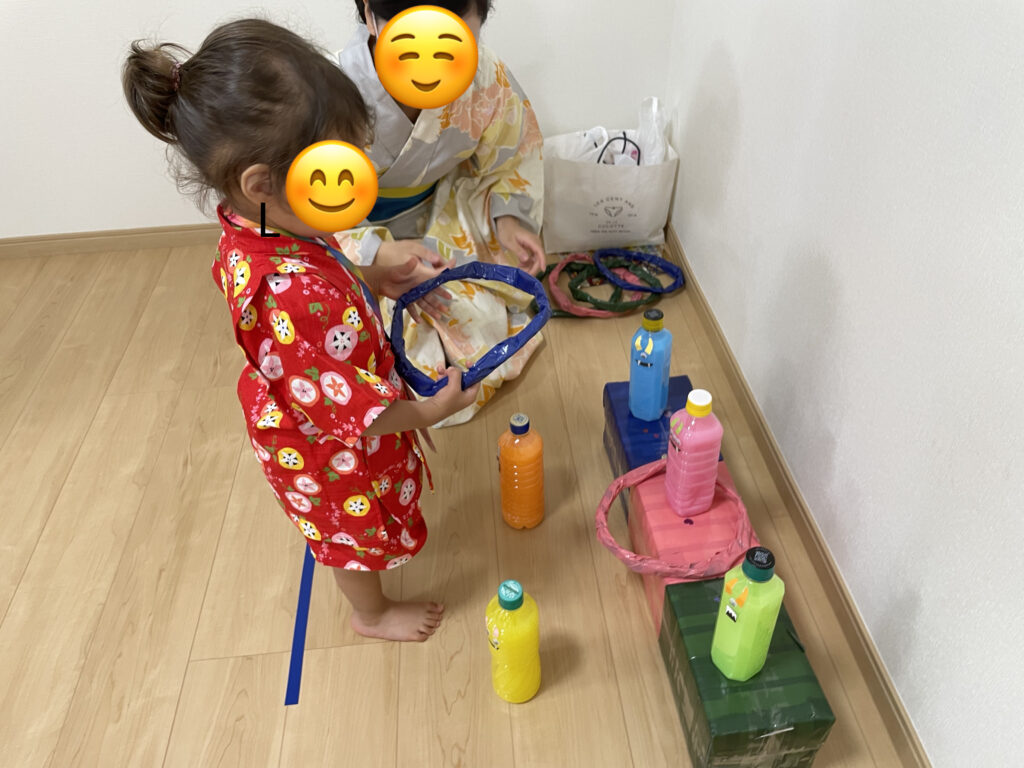 Get five or more plastic bottles. Decorate them with glitter, washi tape, etc., and then fill them with water. If you like, you can write a point number on them to make it more fun (if your child understands numbers and values).

To make the rings, take a piece of newspaper and roll it lengthwise. Squeeze the paper so it’s compact, then tape the ends together to make a ring. Then, take colored packaging/masking/duct tape and tape it around the ring. Repeat for as many rings as you want.

Once the rings are ready, have your little one toss them and try to land them around the bottles.

For prizes, you can use some snacks like cookies, senbei, etc, or small toys from the 100 yen shop. 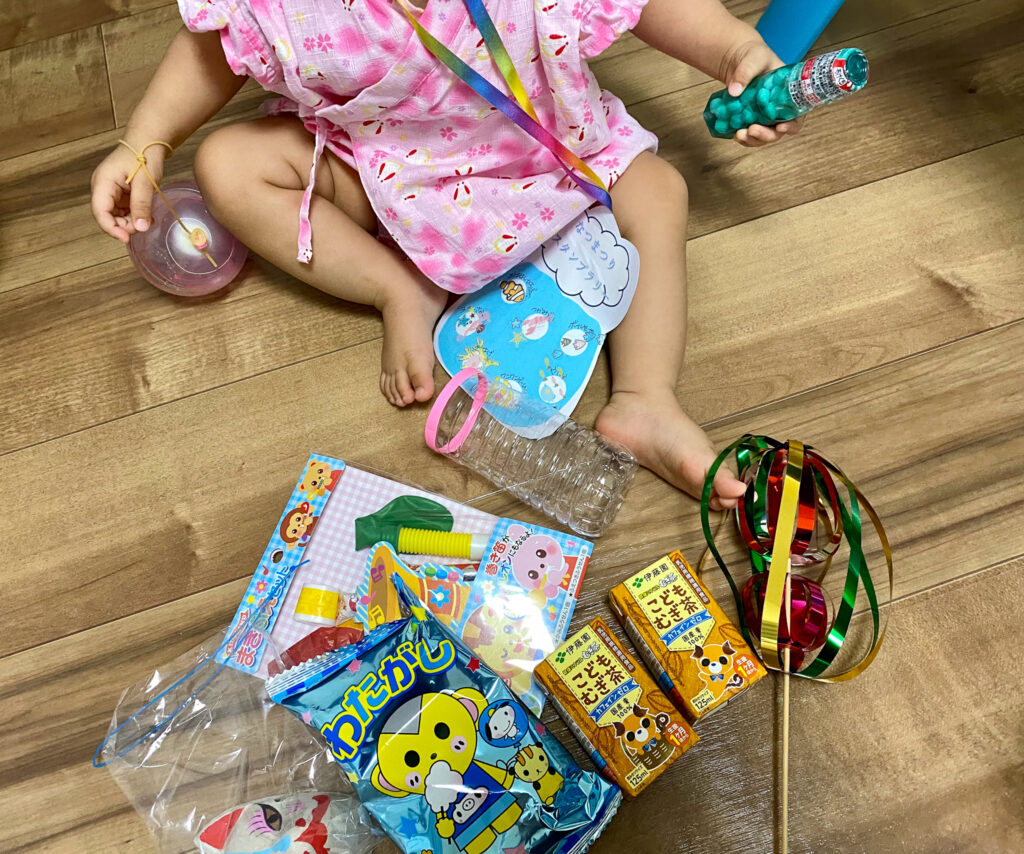 Can’t have summer without fishing! 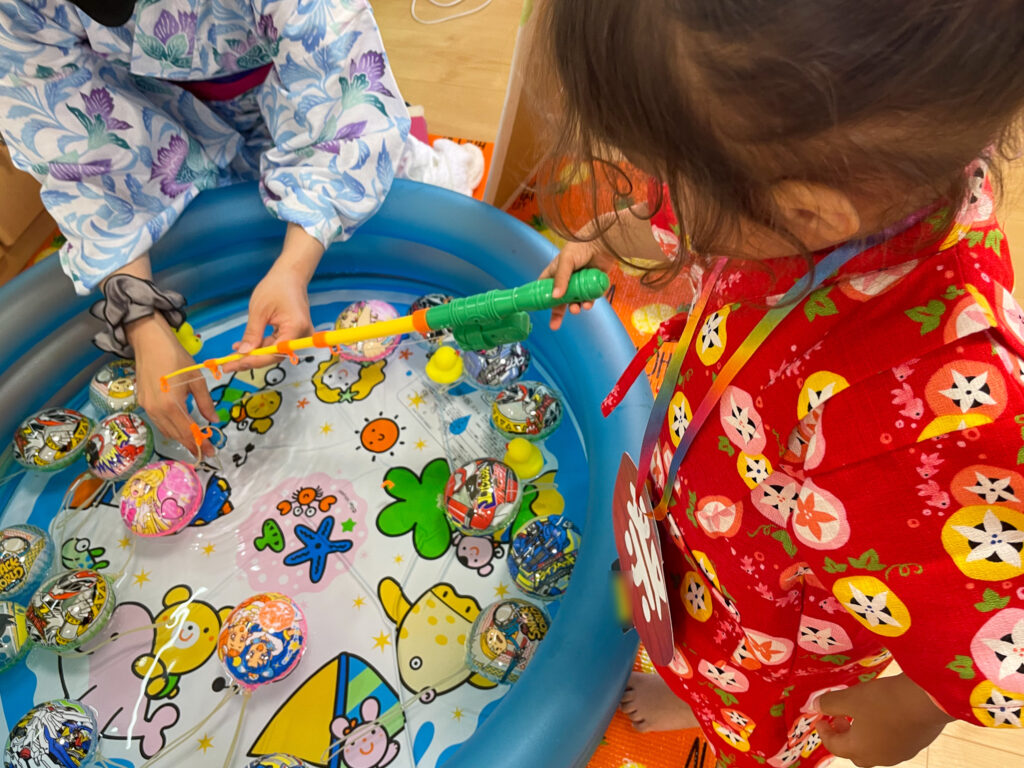 Yo-yo tsuri was one of my daughter’s favorite games to play at her daycare’s Natsumatsuri, and it’s quite easy to prepare. All you need are:

Pour some water into the yo-yo balloons before inflating them. After that, inflate the pool and pour some water into it, enough to cover the yo-yos. Then it’s time to go fishing! Your child may need some help with hooking the yo-yos but soon they may become such experts that they’ll say, “Mummy, stop!” like my toddler did.

Make sure to always supervise your child when the pool has water in it to prevent accidents.

This game is probably one of the most well-known when it comes to summer festivals in Japan. Kids and adults alike try to catch goldfish using paper scoops called sukui poi. If the paper on the scoop breaks (which it commonly does), you lose. But if you successfully catch a goldfish, you get to take it home. I feel bad for the little goldfish, to be honest, so the adaptation below is more to my liking. 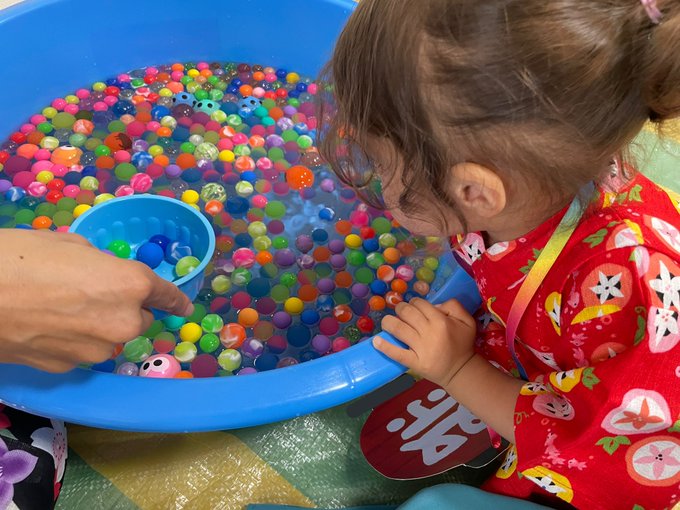 If you have a toddler, you can buy a plastic goldfish scooping set from the 100 yen store. For older children, you can do “Superball Scooping”. Similar to Yo-yo Fishing, you will need a small, inflatable pool or a big bowl. Fill it with a bunch of superballs and have your child try to scoop up as many as they can without breaking the paper scoop. You can find kits for this game online. However, note that the superballs can be a choking hazard for young children, so something like rubber duckies might be a safer bet. 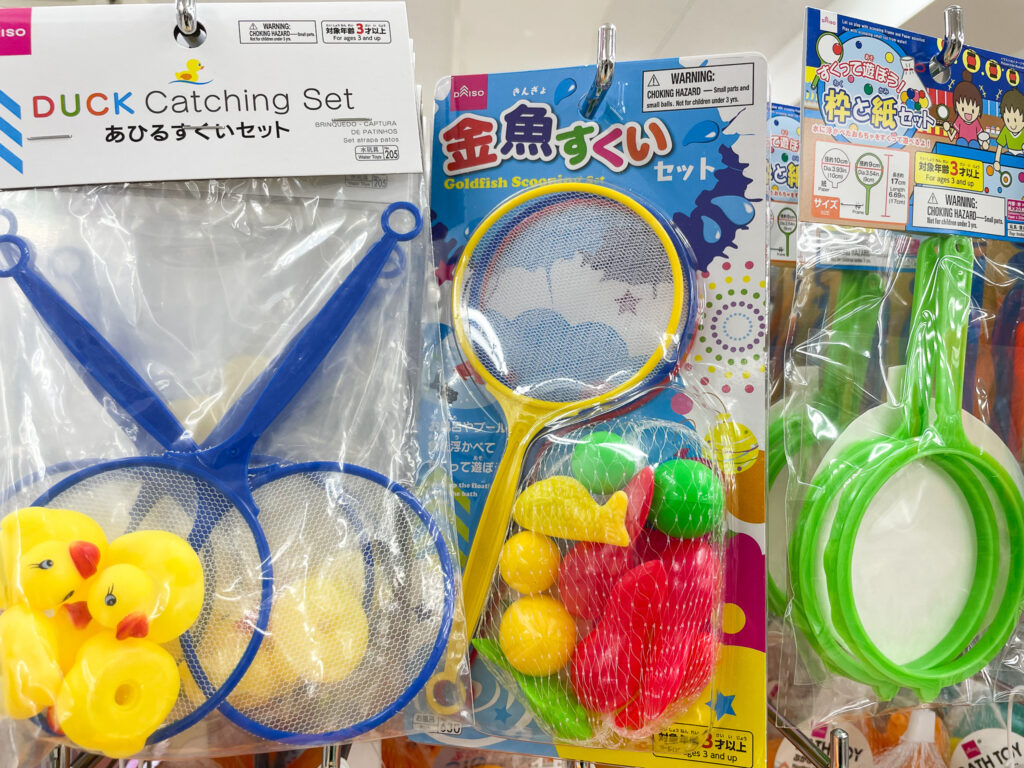 This is an incredibly easy game to prepare and it will be over just as easily, but it’s still fun (although perhaps for more older toddlers). 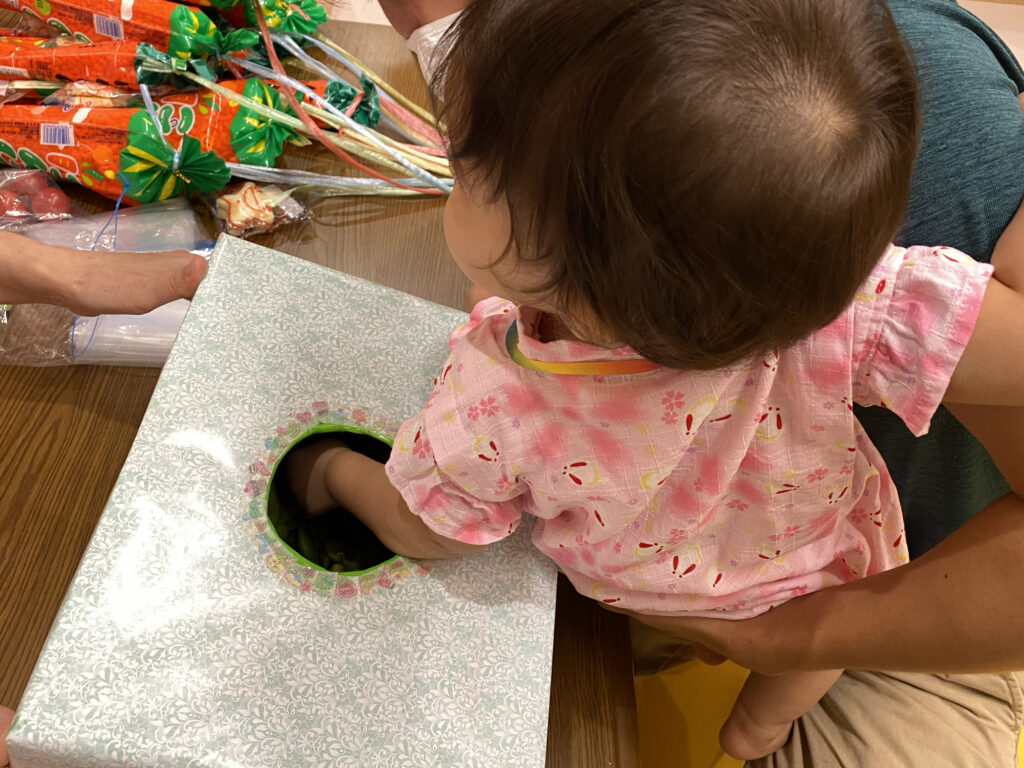 There are various ways you can make this game. For instance, tape shut a medium-sized cardboard box and then cut a hole in the side, large enough for your little one’s hand to fit. Next, you’ll want to have some prizes ready, which can be packaged snacks or toys from the 100 yen store. Assign each toy a number. Now write the numbers down on small pieces of paper. Fold each piece of paper, place it inside the box, and then have your child reach in and grab one. The number they get will be their prize! You can also buy a raffle box from Amazon Japan if you don’t have time to make one. 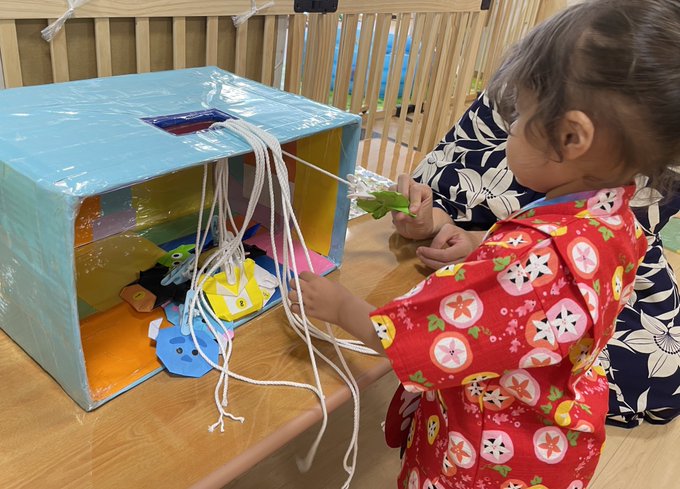 You can play this game using strings as well. Get a cardboard box and cut a hole in the side. Next, grab as many strings as you have prizes and affix a number written on a small piece of paper to the bottom of each string using a clip (my daughter’s daycare used cute origami with numbers on it). Then loop the strings through the hole so that the numbers are hanging from the inside of the box and your little one can pull the string from the outside. Whichever string they pull will be their prize! (My daughter was a bit confused though and pulled all of the strings!) 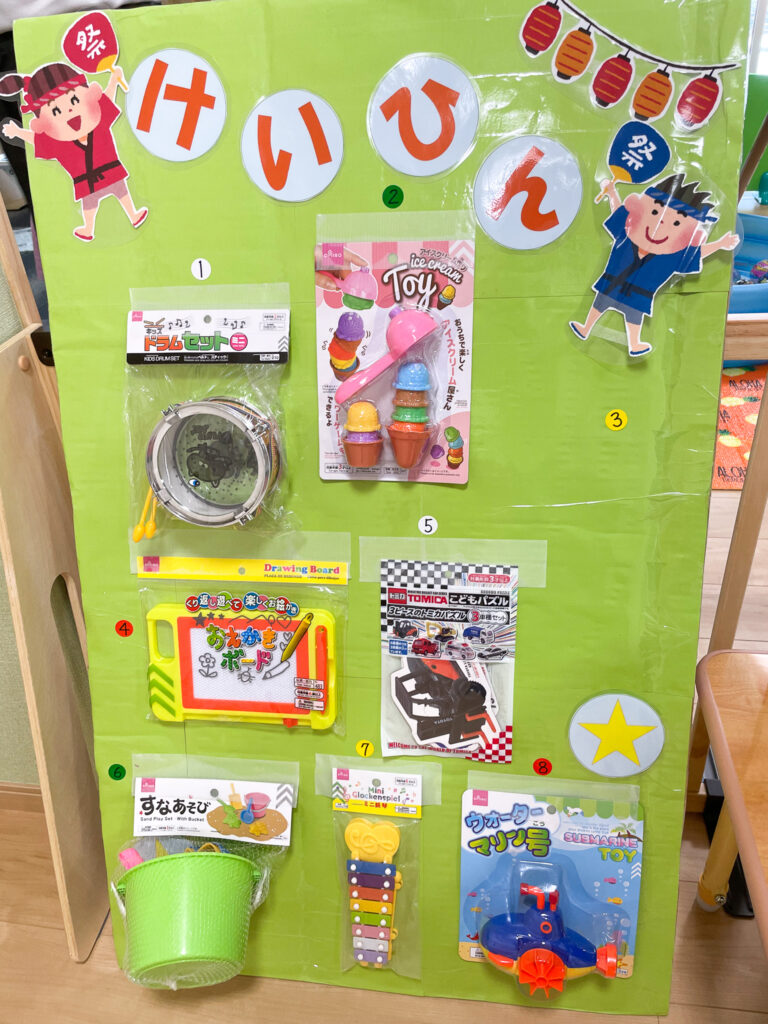 The prizes that were available at my daughter’s daycare

This is another game that’s very easy to prepare (and delicious!). 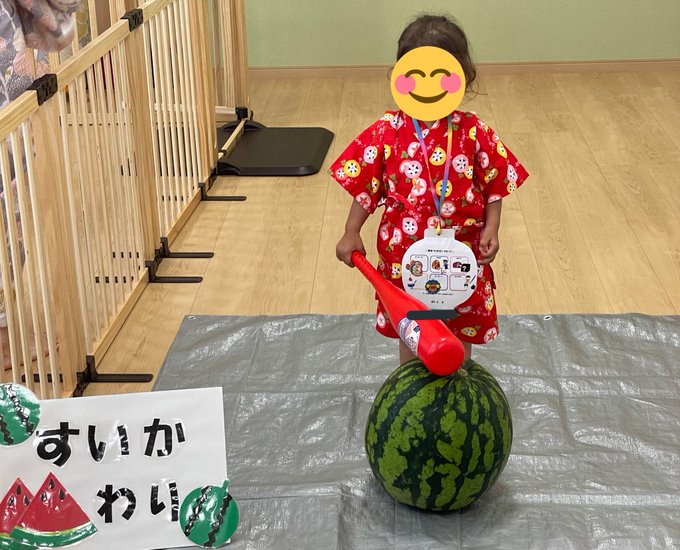 Traditional suikawari is somewhat similar to hitting a pinata — a person is blindfolded, given a bat, and then spun around before they can find and split a watermelon using the bat. Of course, this is a little dangerous to play around small children. If you have a toddler, a fun way to play suikawari is to simply place the watermelon on the floor (or ground), give them a plastic bat (easily found at 100 yen stores), and have them whack away. When they’re done, you can serve the watermelon to them, which will surely be refreshing after all their hard work.

I love eating so this is probably my favorite part of summer festivals in Japan. Below are some popular summer festival street food that can be easily prepared at home. 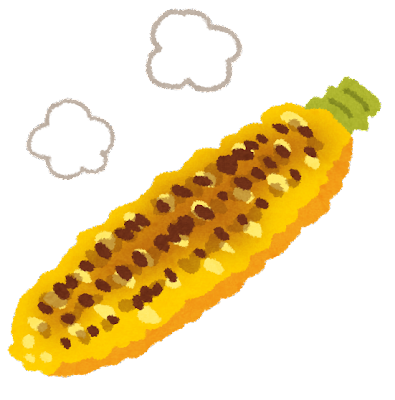 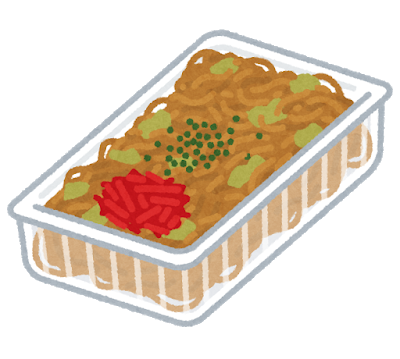 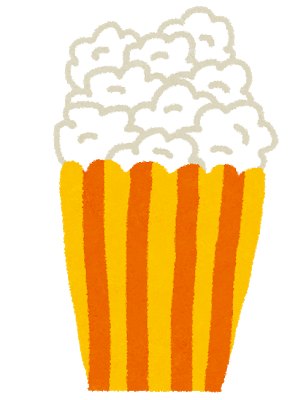 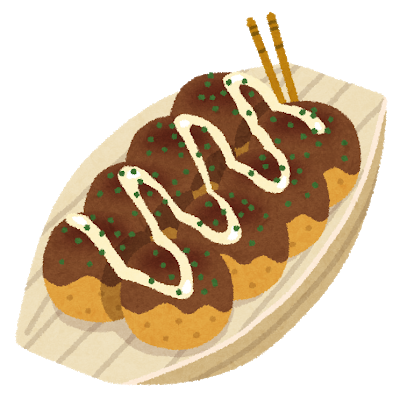 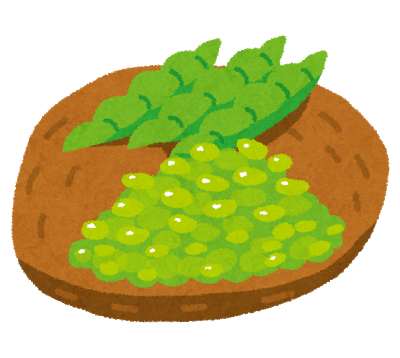 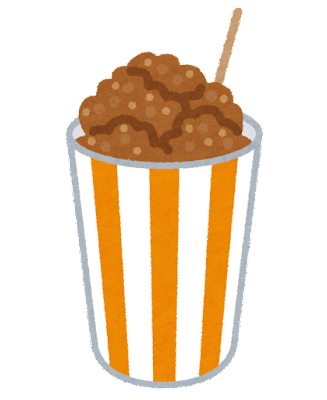 Hotdogs on a stick 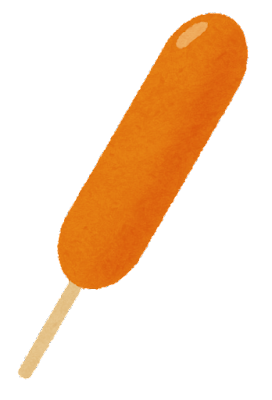 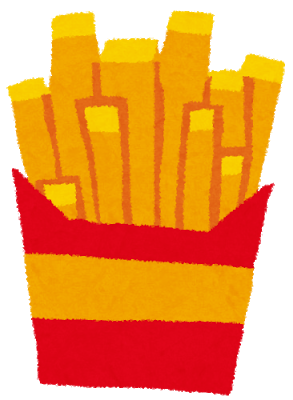 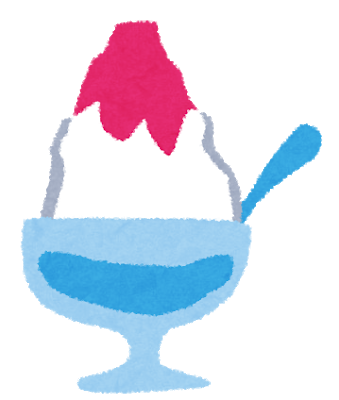 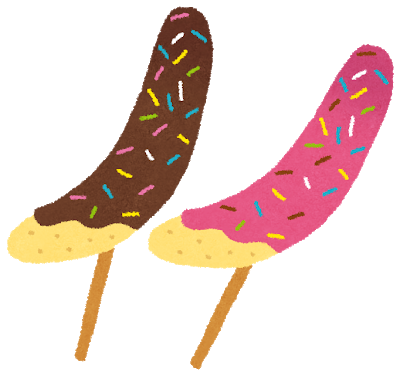 You can also have drinks like ramune (ラムネ), bottled juices, etc., ready in a big bowl or a small cooler filled with ice and water. 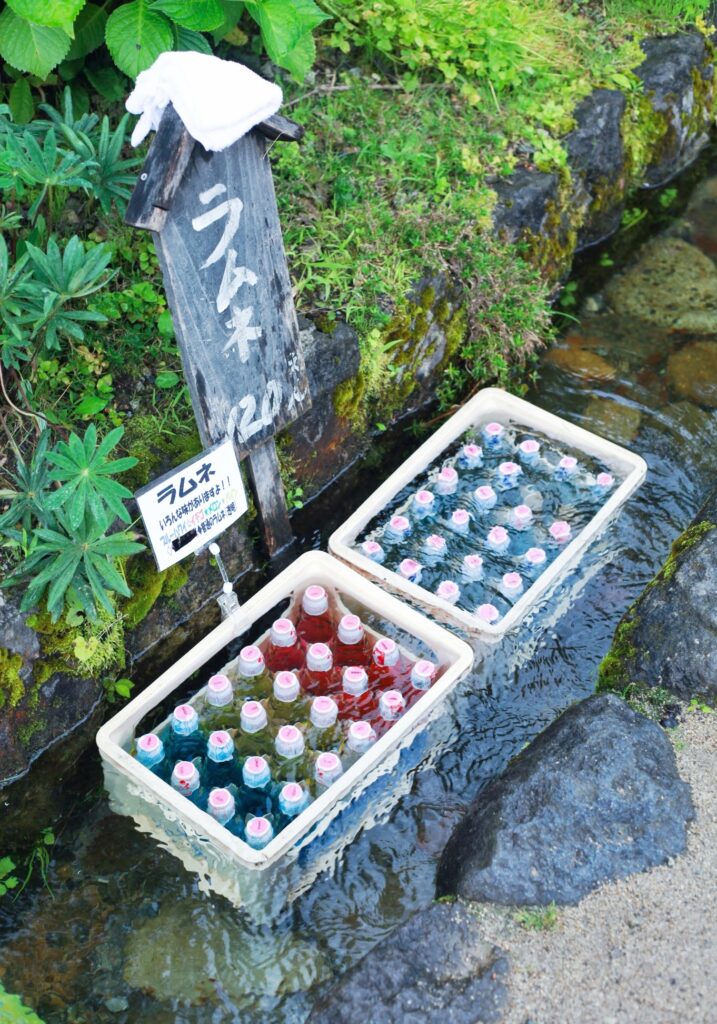 If you really want to go all-out, you can make cute little cards or signs with the name of each food on it and prices (you can do this for the games as well!). 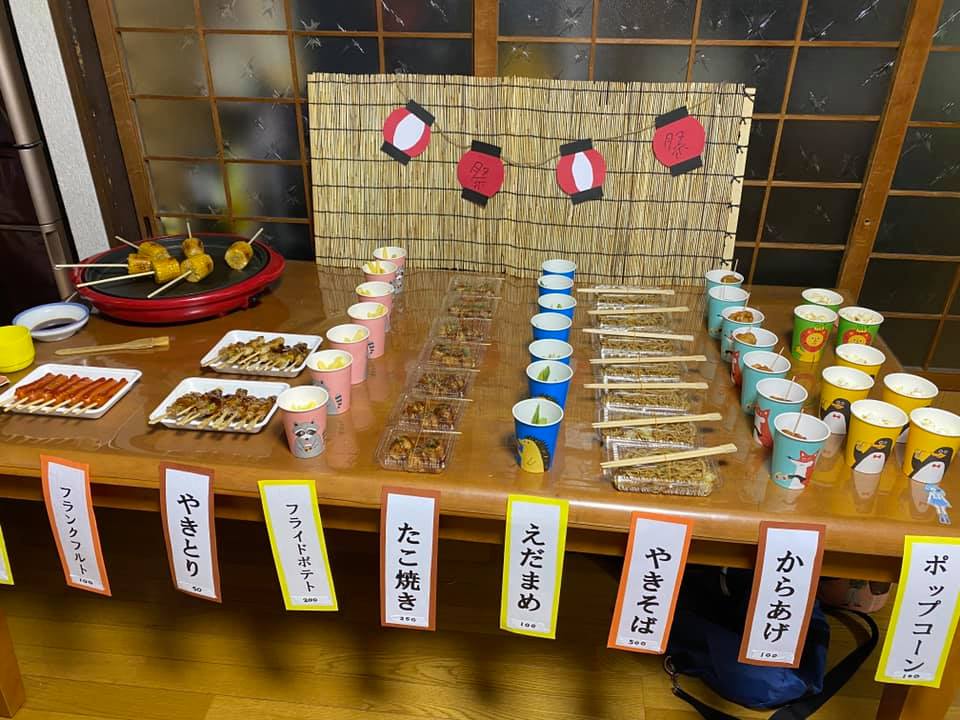 This spread was prepared by a friend for his kids

This dad pulled out all the stops so his daughter could experience a Natsumatsuri at home!

The final, and most important, touch to a Natsumatsuri are the clothes, of course! Personally, I wait all year to be able to wear yukata (even though it is a pain to put away) and love being able to dress my daughter in adorable jinbei now.

It’s quite easy to find yukata for yourself almost anywhere in Japan. Jinbei or yukata for littles ones will also be sold in the summer months at any store that sells clothing for small children in Japan, and usually go on sale from August.

What do you think would be good ideas for throwing a Natsumatsuri at home? Let me know in the comments! 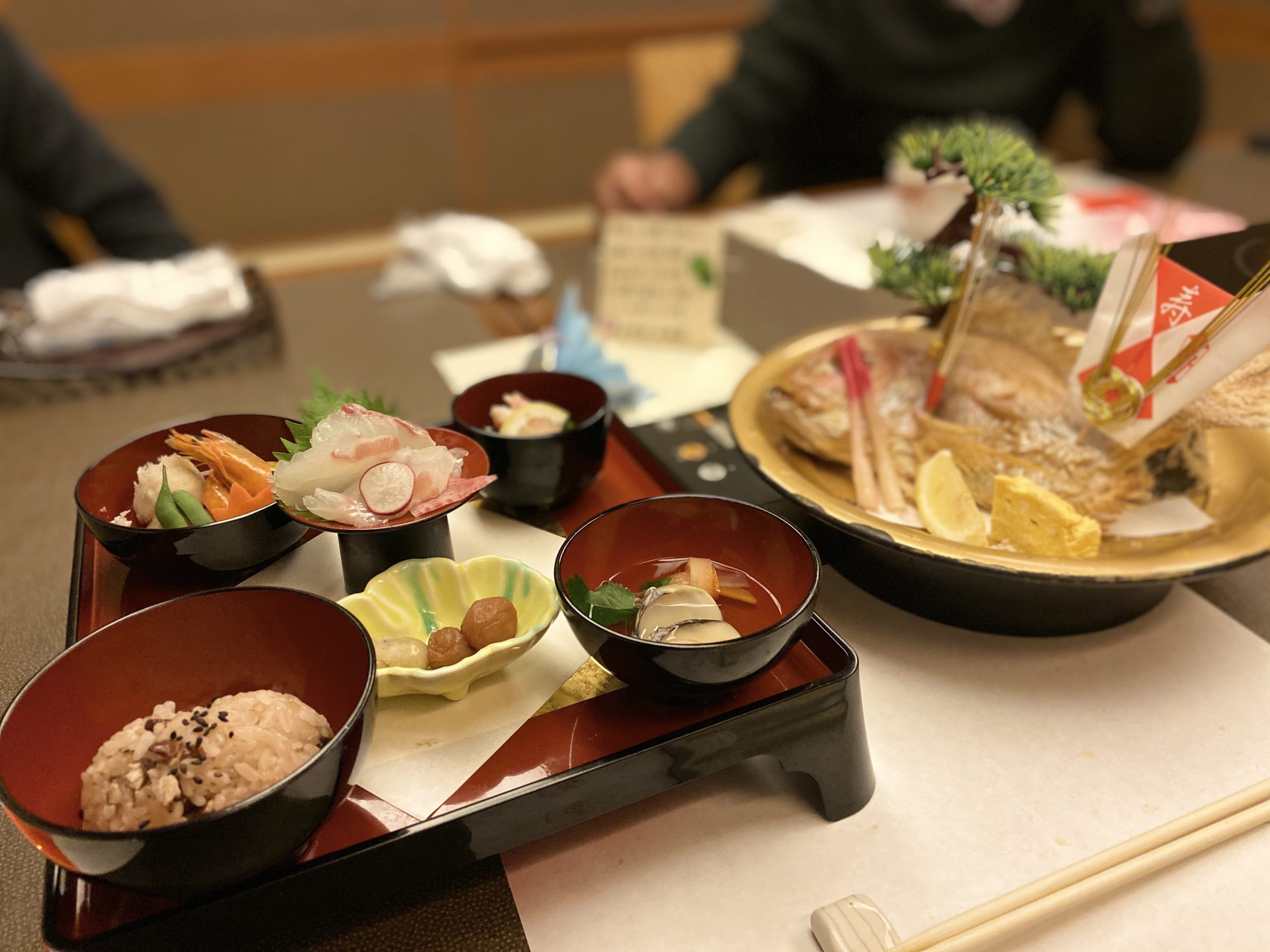 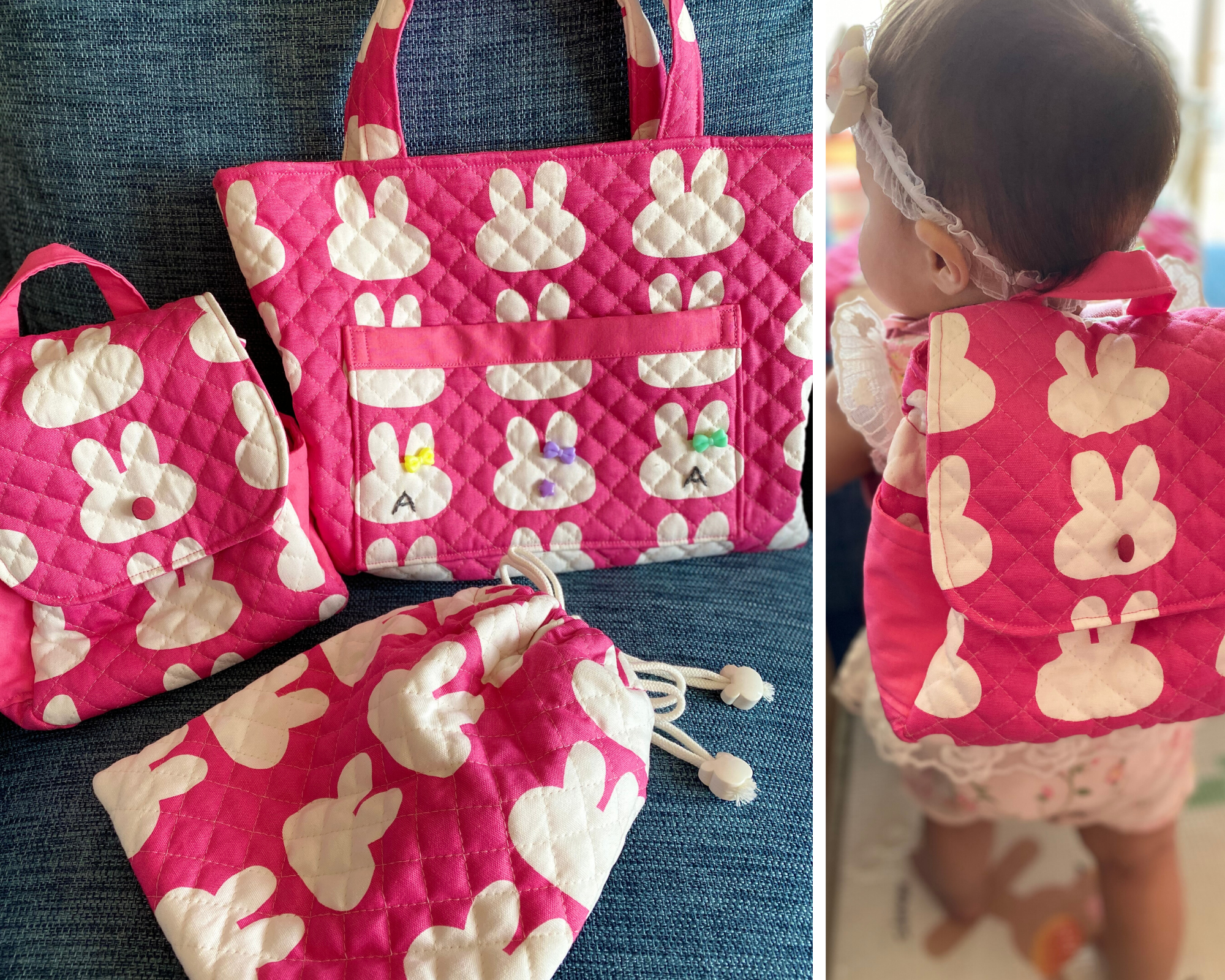 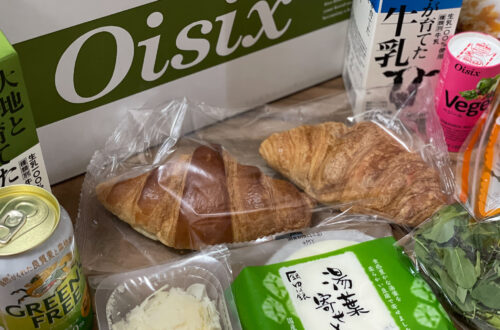