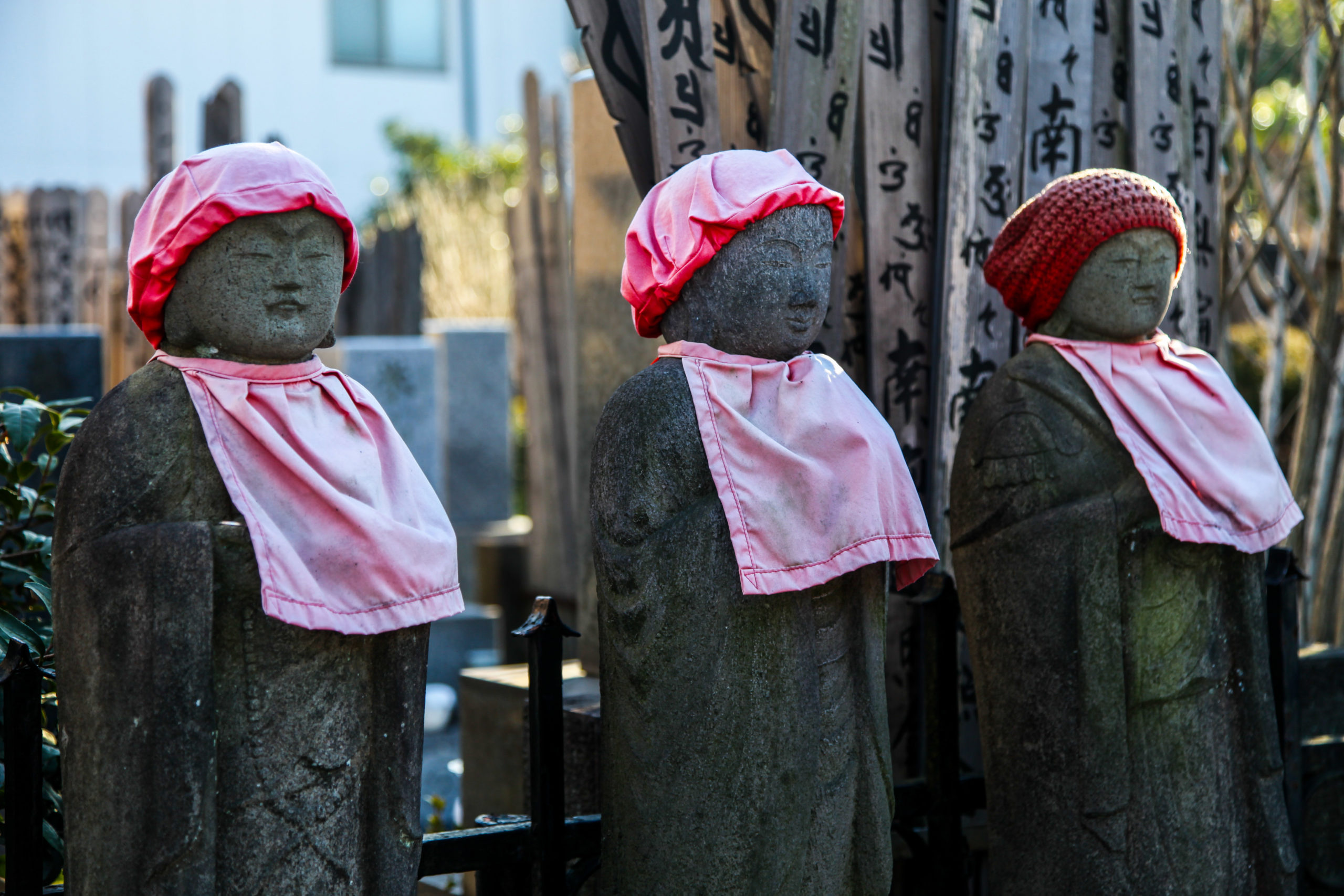 Mizuko, or “water child” (水子), is a term used in Japan for babies who are miscarried, stillborn, aborted, or die shortly after birth. It was a term I never knew about, alongside the Japanese word for miscarriage, ryuuzan (流産), until I lost my own baby.

In some of my previous posts, I allude to having experienced a miscarriage but I didn’t want to write about it until my rainbow, Baby A, was born. I guess I’m a bit superstitious but I also didn’t want to relive one of the darkest moments of my life, made even harder by living in another country and during a time when my close female friends had all left Japan. As this week is Baby Loss Awareness Week, I thought it was the best opportunity to open up about my own loss.

Miscarriage is a topic that’s not widely spoken about despite about a quarter of pregnancies ending up in loss. I didn’t know how many of my family members and acquaintances had experienced a miscarriage until I opened up a few months later on one of my social media platforms. I also discovered a wonderful community of women on Reddit and Twitter who were going through the same thing and knowing their stories helped me come to terms with what had happened and place less blame on myself, and also accept that it’s normal to grieve, even if the baby didn’t reach the 12 week mark. In an ideal world, we could talk about miscarriage and trouble conceiving without judgment but in reality, that’s unfortunately not the case, especially in Japan when people try not to divulge too much about their personal lives even to their friends.

My first pregnancy was planned. My husband and I had been trying for a few months so when I found out I was pregnant, I couldn’t wait to tell him. I shared the news on Valentine’s Day, making sure to secretly record the announcement, not only so my husband could look back and see the surprise on his face, but also because I wanted to share it with the baby when they were older.

I didn’t do this with my subsequent pregnancy.

We made an appointment with a popular OBGYN nearby and the next week, we went bright and early to hopefully be able to see our baby via ultrasound for the first time. Unfortunately, the doctor was unable to detect anything. He asked me several times if I was sure I was pregnant (of course I was, I took two different pregnancy tests), and then asked me to come in two weeks later. Perhaps it was too early.

A week later, I started bleeding so we went to the clinic again and a different doctor found two embryonic sacs (twins!) but no heartbeats. She instructed me to take a week of bedrest, which I did, but a week later, one of the embryonic sacs was gone and there was still no heartbeat. It seemed like a blighted ovum.

We decided to go to another clinic, thinking that there was probably some mistake made. We had prepared ourselves for bad news but instead, the doctor found the baby. I heard its heartbeat. I was almost seven weeks and the due date was October 22. The doctor told us that everything was okay and to get my boshi kenko techo (母子健康手帳), or Maternal and Child Health Handbook, and come back in two weeks for my first prenatal checkup.

We walked around the neighborhood and found a row of early-blooming cherry blossom trees. My husband held the photo of the ultrasound next to the blossoms, excited and overjoyed. Spring had officially come and we were having a baby.

Two weeks later at the appointment, I knew something was wrong by the doctor’s expression as she silently stared at the screen.

“There’s a problem. There’s no heartbeat.”

“Are you serious?” my husband asked in Japanese, rushing over.

The doctor said there was a chance it was a problem with the machine as they had used a more advanced one last time, and we should come back the following week, but I knew the baby was gone. I didn’t have any morning sickness, and the tenderness in my breasts had been slowly dissipating. We left the clinic, I removed my pregnancy badge from my bag, and my husband and I cried.

In the days following, I went into work as usual, acting like nothing was wrong, and then went home, crawled into bed and cried. At the appointment a few days later, a different doctor confirmed the worst: 残念です(I’m sorry). There was no heartbeat and no heat from the baby. It had passed away shortly after I heard the heartbeat. When he started talking about a dilation and curettage or D&C, I couldn’t hold my emotions and started to cry. We scheduled it for that weekend.

I was supposed to be going for hanami (cherry blossom viewing) with my friends. As I’m not one to cancel, they didn’t understand why I wasn’t coming. One friend, unknowing of what had happened, kept pressing me until I finally replied to him: “I had a miscarriage and I’m having surgery to remove the baby.”

He was apologetic; after all, he didn’t know, but the uncomfortableness of the situation solidified that this would be hard to bring up with people. They didn’t know there was a baby to begin with.

The day of the surgery, a sunny spring day, I went to the clinic and was taken upstairs to a room in the maternity ward while my husband stayed in the waiting room. The room was spacious with a double bed, a television and a shower (I would later learn that this was one of the rooms women stayed in after giving birth). I could hear crying babies and felt myself disconnecting emotionally. I changed into the pajamas I was asked to bring and then was taken to the tiny operating room. I never had surgery before and wasn’t sure what to expect but it went surprisingly well. The head doctor, who would perform the surgery, was running late due to another patient, so I lay on the operating table alone, tears running down my face. Once she arrived, I was pumped with anesthesia and remember nothing of the surgery other than her saying that she was going to perform an abortion. In my head I screamed that it wasn’t an abortion, that this baby was very much wanted, but to doctors the procedure was the same.

I have vague memories of being carried onto a wheelchair and then placed onto a bed, that same double bed in the maternity ward. When I first woke up, I checked the time and it had only been half an hour since the surgery began. I slept for another four hours and after the nurse checked my condition, I was free to go. With my husband, I silently walked to the park where our car was parked. All of the cherry blossoms were in full bloom and we could hear the elated cries of children. Once we were in the car, my husband burst into tears, asking why this had happened to us and expressing his appreciation for my bravery.

In the months following, we had trouble conceiving again. My period didn’t come back for over six months despite getting multiple progesterone and estrogen injections and taking hormone pills. I fell into a deep depression and underwent counseling. However, I also pushed myself to try to focus on other things. My husband and I traveled to Indonesia and Italy, and I finally took (and passed) the JLPT, which I had been meaning to do for years but never got around to it. Trivial things didn’t bother me anymore and I started to feel more positive and stronger than I ever had before.

And then one ordinary fall morning, I decided to take a pregnancy test, the first test in almost a year. When the second line quickly showed up, a flood of mixed feelings engulfed me. Would this baby be okay? My husband felt the same way when I quickly showed him the test. We then went on with our usual morning routine before going to work.  We were wrought with worry for the entirety of the pregnancy but I tried my best to reduce any stressors (I stopped using a majority of my social media platforms and rested a lot) and maintain a positive outlook. When Baby A was born perfectly healthy after nine very long months, we felt like we had won the lottery.

Shortly after my loss, my mother-in-law went to a local temple for a mizuko kuyō (水子供養), or “water child memorial service”. This is a Buddhist ceremony conducted in order to ensure that a baby’s soul is taken care of in the afterlife. In some places this involves erecting a small jizo statue, which protects and guides the souls of babies who are no longer in the physical world. The temple my mother-in-law went to instead gave her a touba (塔婆), which is a thin wooden slat, after a ceremony where the priest prayed for the safe journey of the baby’s soul. Written on the touba was a kaimyo, a Buddhist name assigned to the baby after death.  My mother-in-law then placed the touba alongside the others near a row of jizo statues and lit some incense before she prayed again. 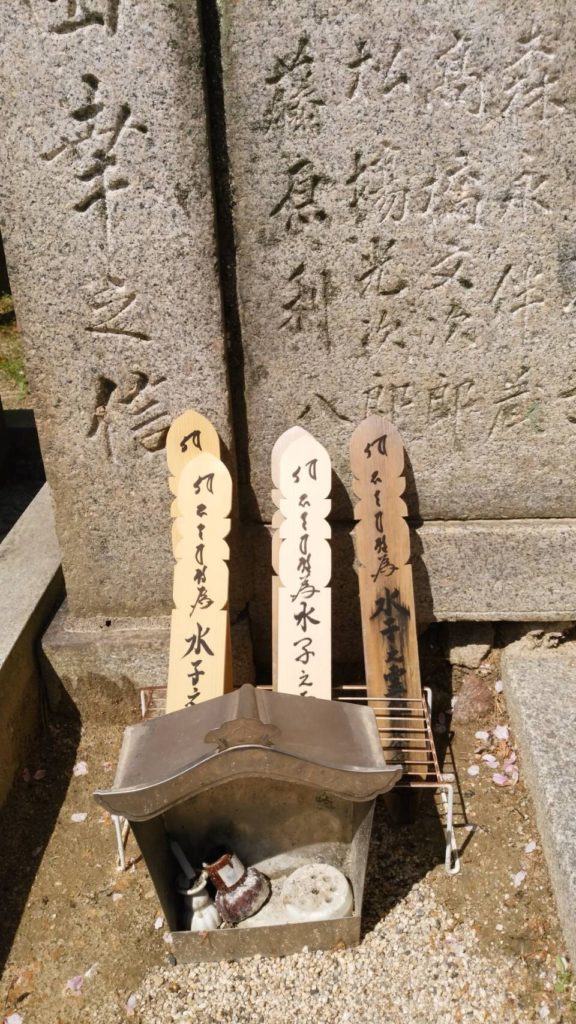 The touba at the temple

I visited the temple during New Year’s when I was pregnant with Baby A and poured water on the three stone jizo statues. Being able to openly acknowledge the loss and knowing that my baby’s soul had a resting place in my husband’s hometown brought me comfort, especially as after the surgery I had no closure in terms of what had happened to my baby. 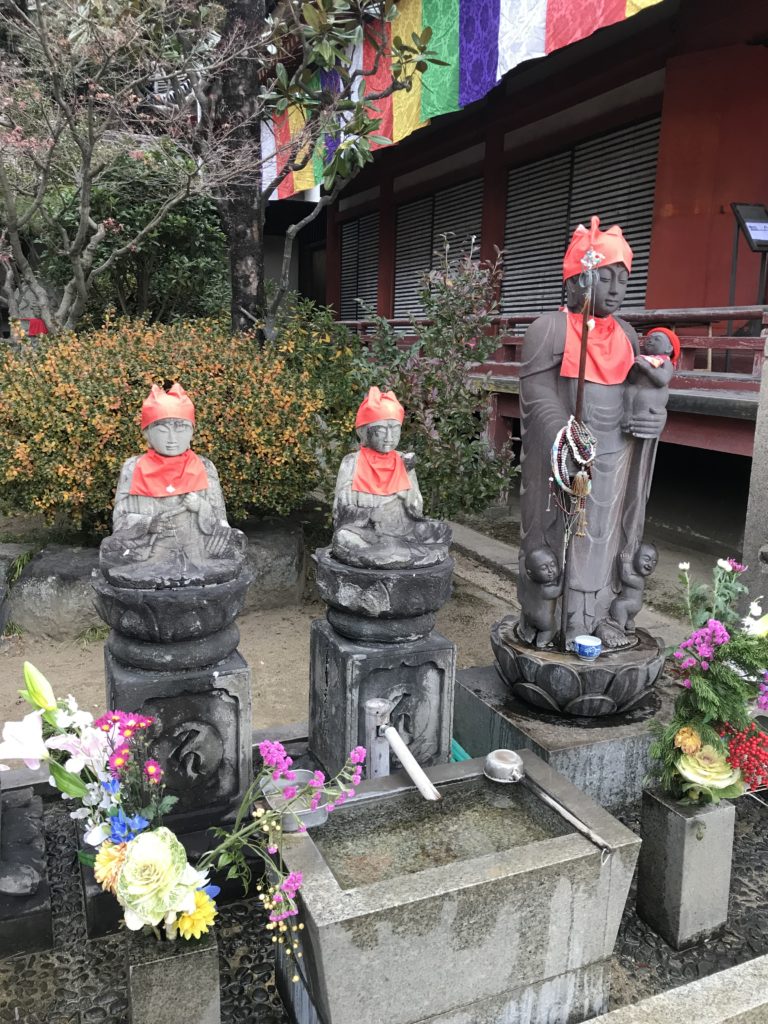 The jizo statues, which help guide the souls of babies

Sometime this week, around October 22, 2019, would have been the first birthday of the baby had I lost. Instead, my in-laws will be coming this weekend to celebrate Baby A’s 100 days of life, something I never would have imagined in my grief a year ago. I am unbelievably grateful for Baby A, but I am also thankful for my mizuko. Without that child, I don’t think I would have become as strong as I am now and I look forward to visiting them again with Baby A next New Year’s to say, “Thank you for coming into my life, however short it may have been.” 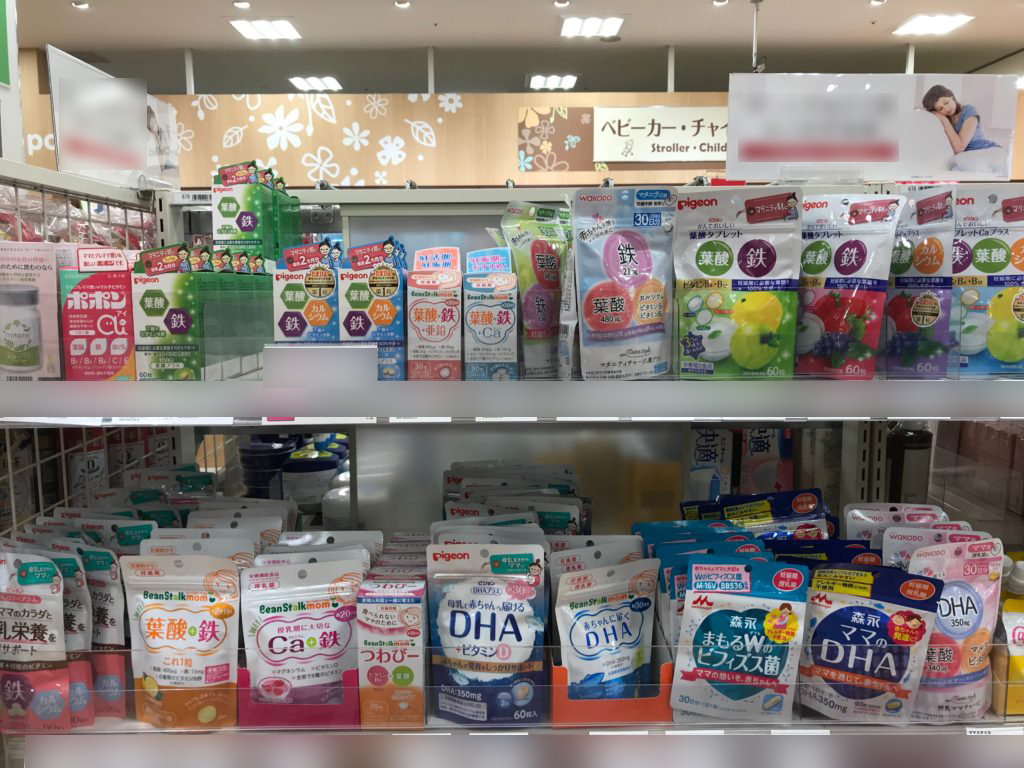 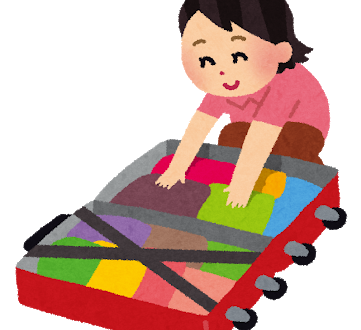 Hospital Bag in Japan Checklist: What to Pack