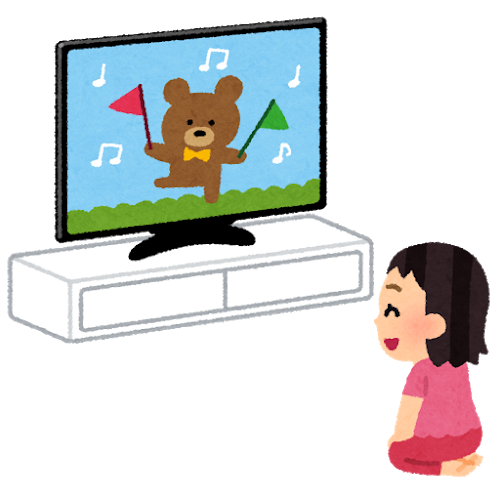 I’m sure we all have fond memories of our favorite shows from when we were little. When I was growing up in Canada, I used to love watching educational children’s programs like The Elephant Show and Mr. Dressup. Of course, parenting was a bit different back then and my mother let me watch a little more television than she probably should have.

A Little Background on Children, Television and Development

Nowadays, a single Google search will bring up thousands of articles on why screen time is detrimental to children under the age of 2. So perhaps you’re wondering why I’m writing an article on Japanese television shows for babies and toddlers, then? Well, in the beginning, I didn’t want to expose my daughter, A, to television and made sure not to have the television on around her or use my phone other than taking pictures. However, when she was about 10 months old and I went back to work, I came home one day to find her watching a Japanese children’s show on television called シナぷしゅ. Needless to say, I was not happy with my husband. Although we had been together for 7 years when our daughter was born, we had different ideas when it came to parenting. He was far more relaxed than I was and that led to us arguing constantly when A was a newborn. Eventually, we realized that we both needed to compromise and listen to one another, so I heard him out when he explained why シナぷしゅ was a good show for our daughter. This was also the only way he could get our clingy girl to let him make dinner. A seemed really happy watching the show, so I figured 30 minutes a day wasn’t too bad.

I understand the concerns regarding television shows negatively impacting language development, sleep, and attention. My daughter, though, hasn’t had many problems in those areas. She speaks English and Japanese – she’s able to count to 10, sing songs and say short phrases in both languages, she can recite the alphabet, she remembers lines from picture books, and comes up with imaginative games all on her own. She wakes up at around 4:30 AM but I don’t think that has anything to do with television.

The relationship between development and television in children is a complicated one. For example, a literature review found that in preschoolers, watching education programs can have a positive effect on academic skills. In infancy, however, it may have short-term negative effects on language, executive functions, and attention. With tablets and smartphones becoming ubiquitous in society, I imagine this issue will become more complex.

As a parent, at the end of the day, it’s up to you (and your partner) to decide what’s best for your child. If you don’t want to introduce them to television or any other form of screen time, that completely makes sense! On the other hand, if you let them watch one or two shows, that’s okay too! Sometimes we need a break and if the television is the only way you can get your little one to stop screaming or allows you to cook/eat/go to the washroom, then I absolutely support you. Keep in mind, though, that if you do allow your child to watch television, make sure they’re not sitting close to the television and limit their time as the best way children learn language and socialization is through direct interaction with people (you!).

Okay, so with all of that out of the way, if you’re looking for some Japanese shows for your baby or toddler to watch, here are a few that my daughter has enjoyed and that I recommend.

If you’re looking for a show to start out with, this is a great one. Developed alongside experts in child development, including researchers at the University of Tokyo, this show, which debuted in 2019, aims to expand your child’s vocabulary, imagination, and understanding of the world through their colorful and musical segments. In fact, the title, シナぷしゅ, is a combination of two words in English: “synapse” (シナ), a structure in the brain that allows a neuron to pass an electrical or chemical signal to another cell as the show aims to stimulate the mind and aid with development, and “push” (ぷしゅ) as the show wants to help push children towards exploring the world around them.

Segments change every so often, including according to seasons and holidays. Every episode also has a segment in English, which usually introduces a letter of the alphabet.

By 11 months, my daughter was singing and dancing along to the opening song and laughing at various segments (she loved one where they showed how to say “peek-a-boo” in different languages).  I especially enjoyed a segment about how to cook toddler-friendly Japanese dishes, but I think their catchy songs are probably the best part of the show. One of my favorite songs has a cat riding through the sky on a coconut.

This show is recommended for children under the age of 2. (And indeed, when my daughter turned 18 months, she no longer had any interest in it. In fact, as I was listening to the 雨とココナッツ song above, my husband said “懐かしい!” he that was “so sad” that A doesn’t watch the show anymore!)

おかあさんといっしょ is a Japanese children’s show that has been around since 1959, so it’s safe to say that it’s beloved by children and parents in Japan. As stated in the title, this show is meant to be enjoyed by both children and their mothers (there was also a show called おとうさんといっしょ but it ended in March 2021). Small children can apply to be on the show with their parents and sing and dance with the energetic cast consisting of singers, dancers, and other characters. There are multiple segments with upbeat music that encourages little ones to get up and move.

This show is aimed at children ages 2-4 and airs on weekday mornings and afternoons on NHK. For the time schedule, click here.

This award-winning show debuted back in 2002. It’s quite short at around 10-15 minutes and consists of different Rube Goldberg machines (known as ピタゴラ装置・ pitagora souchi in Japan), as well as segments that teach children about the world, how various things work, and how to help out around the house. I feel like I learn something new every time I watch this show and my daughter loves watching the creative Rube Goldberg machines.

Unfortunately, there are no videos of this show available on YouTube.

This is a show that teaches children how to make crafts and be creative. It’s a successor to a popular show called つくってあそぼ, which my husband loved when he was a child.

ノージーのひらめき工房  is more for older kids between 4-5 years old but my daughter still enjoys watching it and I hope that maybe in the future we can try to make something from the show together. (As an aside, I feel like I should mention that the mustaches on the kids are a little weird, though…)

It’s on twice a week on NHK. For the schedule, click here.

Unfortunately, there are no videos of this show available on YouTube.

As the title suggests, デザインあ is a show about the process of design, how various designs work, and how things are made, particularly in Japan. The show uses different perspectives to look at something and no two segments are alike. I’m a huge fan so I’m glad my daughter enjoys it as well!
The episode below features one of my daughter’s favorite segments, which looks at the versatility of lines (せん).
For デザインあ’s broadcast schedule, click here.

I’m not sure whether this show is that educational but my daughter was obsessed with it for a time when she had just turned one. This is another new show that debuted in 2020 and features Sanrio characters and a pair of (human) siblings. My daughter loved all the singing and dancing, and the songs are admittedly pretty catchy. True to Sanrio, there is also no shortage of kawaii in this show.

Are there any Japanese shows that your little one watches and aren’t mentioned here? Let me know in the comments! 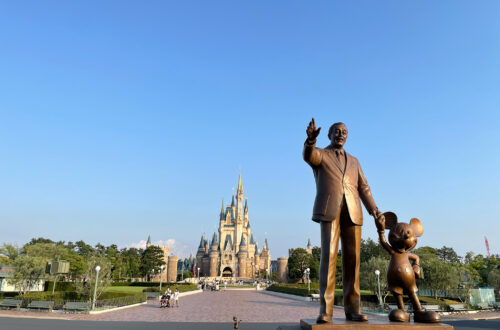 Tokyo Disneyland with a Toddler: Tips and Ride Reviews 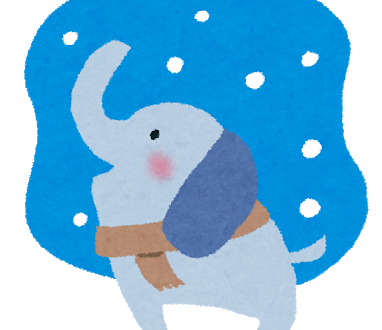